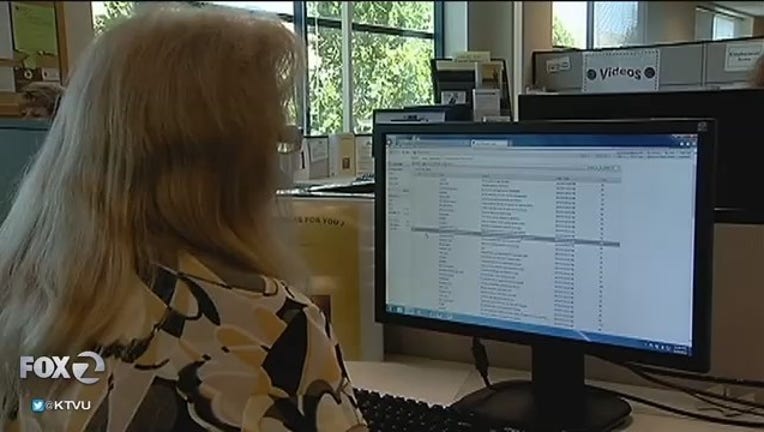 CONCORD, Calif. (KTVU) - The state of California released its May jobs report with more than 54,000 new jobs - one of the best month increases in the last year.

In an apparent contradiction, the state's unemployment rate increased to 6.4 percent.

At what's now called America's One Stop Job Center in Concord, formerly known as the unemployment office, job search stations are empty as few people need to go there.

Though the overall Bay Area job market is booming, unemployment ticked up because people who dropped out of the job market are now coming back.

So, for recently laid off staff members from the now defunct Corinthian Colleges Heald Colleges, attending a re-employment skills seminar, news of more job seekers is a double edged sword.

"I think that it would make me nervous as well because there's more competition," says job seeker Lorraine Baskin.

Baskin is seeking a teaching job at a junior college, similar to things she did at Heald. "I would like to be a student advisor because I was doing that anyway even though it may not have been technically my job description, but I know I was really skilled at doing that," says Baskin.

Her initial job search has revealed that instructors and trainers are in demand across the board. "They look for trainers, educators in all kinds of positions and they're not necessarily like a college. It could be for any kind of company so, yeah, I'm broadening my search," says Baskin.

Even some, without a steady job for years, see that things are improving, despite more folks looking. "So I'd have that competition in front of me, but I still think that I might be able to get something if I really wanted it," says job seeker Joyce Hatton.

One other indicator, the so-called 'take this job and shove it' indicator, is also up, meaning that more and more people are not so afraid of leaving one job to pursue a better one.