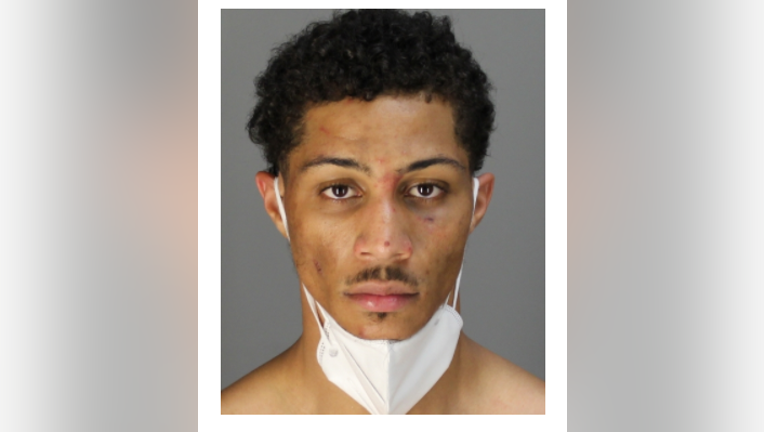 AMERICAN CANYON, Calif. - The mother of a Safeway employee shot and killed in American Canyon said Monday that is struggling to cope with the sudden loss of her only son.

"My son was a piece of me, a piece that has gone," Tracy Garza of Fairfield said of 18-year-old Nathan Garza.

The Napa County Sheriff's Office on Monday announced the arrest of a suspect in connection with Garza's shooting death a day earlier outside of a Safeway supermarket where he worked.

Christopher “Roly” Young, 23 years old, from Martinez, was booked on suspicion of murder.

An arrest has been made in a homicide outside an American Canyon Safeway store. Family members of 18-year-old victim, Nathan Garza say he had dreams of being a baseball player and loved fishing.

No motive was given.  Law enforcement did not say whether the two knew each other or not.

Sheriff's deputies said they tracked Young down after they were tipped off to white-colored Cadillac sedan with a partial California license plate of “7NP” seen fleeing the scene at a high rate of speed.

Deputies found that  Cadillac, which they say was used in the shooting, parked on Cattail Drive in American Canyon.

Residential surveillance video showed man matching the description of Young parking and exiting the vehicle within minutes of the shooting and hopping over fences in people's backyards.

He then ran away but was eventually caught, deputies said.

A motive wasn't known Monday. Authorities said the two men did not appear to know each other and didn't interact with each other before the shooting.

The suspect refused to speak to investigators, and many questions remain unanswered. That suits the victim's family just fine.

"I have nothing to say to him," said Tracy Garza. "He doesn't need to answer any of my questions. Nothing will bring my son back."

He was the youngest of seven siblings, the rest all sisters.

Through tears, Lacey Garza said, "My little brother loves his family very much, and he always treated his sisters and every single family member with the utmost love and respect."

He graduated this past spring from Early College High School and Rodriguez High School in Fairfield and enjoyed fishing and playing baseball. He had already started training with the team at Diablo Valley College.

"His ultimate dream was to pitch for the Oakland A's," his mother said.

Detectives would like to talk with anyone who witnessed the incident or has information that may help solve this case. They can be reached at (707) 253-4591.