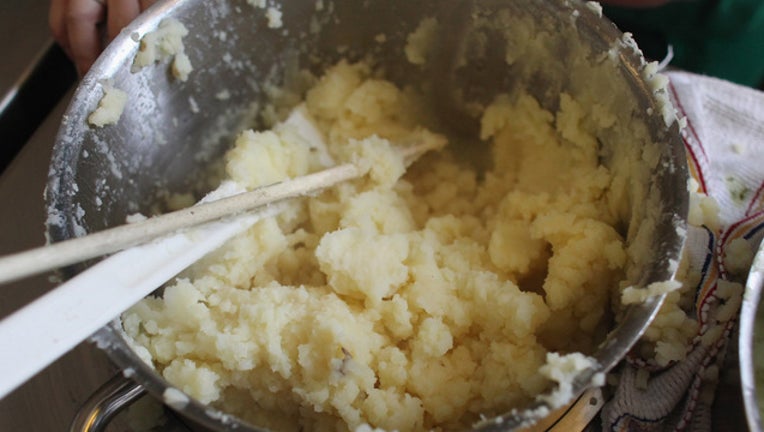 A member of staff serves mashed potatoes in M.Manze, the oldest trading eel and pie house, on February 25, 2011 in London, England. (Photo by Oli Scarff/Getty Images)

JACKSON, Miss. (AP) — - Residents of a neighborhood in Jackson, Mississippi, are confused by the bowls of mashed potatoes they're finding on their cars, porches and mailboxes.

Resident Jordan Lewis described the Belhaven neighborhood as a quirky one, with residents decorating road signs and putting Christmas trees in potholes.

"So we don't know if someone is just playing a prank or if someone just had a lot of leftovers," Lewis said.

But Sebastian Bjernegard says some residents fear there's a more sinister message behind the potatoes.

"Some people were thinking maybe the mashed potatoes were poisoned to kill animals," he said, noting that he almost stepped into a bowl of potatoes Tuesday. "I didn't taste it. I have a three-second rule, so I didn't touch it. But some people were worried."

It's unclear if anyone has eaten the potatoes, and news outlets report residents haven't alerted law enforcement.

Resident Michaela Lin says some of potato-finders have connections to a local private Christian university, which may be a clue.