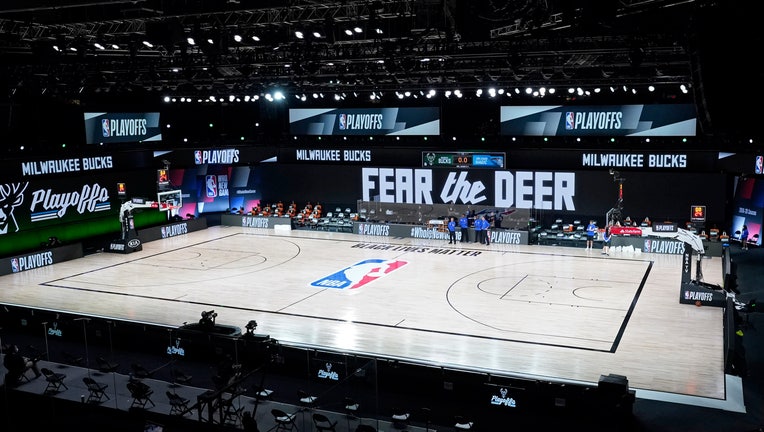 LAKE BUENA VISTA, FLORIDA - AUGUST 26: Officials stand beside an empty court after the scheduled start of game five between the Milwaukee Bucks and the Orlando Magic in the first round of the 2020 NBA Playoffs at AdventHealth Arena at ESPN Wide World

The NBA announced that three playoff games scheduled for Wednesday have been postponed due to the protests over the shooting of Jacob Blake by police in Wisconsin.

The Milwaukee Bucks were the first to announce that they would not play against the Orlando Magic.

Games between the Houston Rockets and Oklahoma City Thunder and another between the Los Angeles Lakers and Portland Trailblazers have also been called off.

The NBA said that all games would be rescheduled.

Blake is a Black man who was shot multiple times by police officers in Kenosha, Wisconsin. Blake's father has said his son was shot in the back and will be paralyzed from the waist down. Two people died in shootings overnight in Kenosha amid another night of protests and unrest in the city.