Tempe Police officials say a New England Patriots football player was among the two people who helped stop a sexual assault attempt at Kiwanis Park over the weekend.

TEMPE, Ariz. - Police say two men, including an offensive lineman for the New England Patriots, prevented the sexual assault of a 71-year-old woman at a Tempe park.

The incident happened at Kiwanis Park on March 20. An investigation revealed that the victim was going on her daily walk through the park when the suspect, identified as 30-year-old Kevin Caballero, shoved her to the ground and tried to take off her pants, police said.

Two bystanders intervened and stopped the attack, detaining Caballero until the police came.

On March 24, Tempe Police officials introduced the two bystanders during a news conference. The two bystanders were identified as Justin Herron and Murray Rogers. Rogers is a Phoenix resident, while Herron is an offensive tackle for the New England Patriots. Herron was drafted by the Patriots in 2020, according to the team's website. 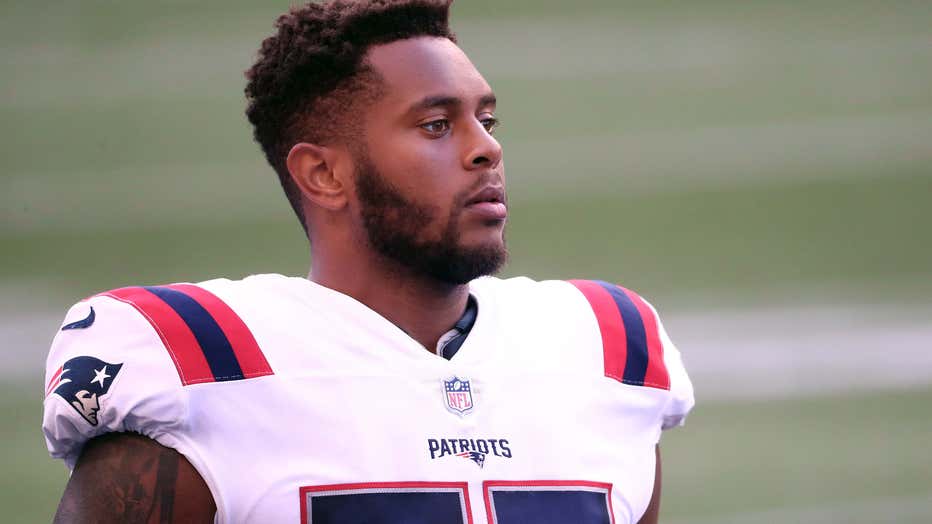 SEATTLE, WASHINGTON - SEPTEMBER 20: Justin Herron #75 of the New England Patriots looks on in the first quarter against the Seattle Seahawks at CenturyLink Field on September 20, 2020 in Seattle, Washington. (Photo by Abbie Parr/Getty Images)

"I heard screaming initially, and it made me more aware of what was going on," Herron recounted. "As I started getting closer to the actual incident, I realized that it was way more aggressive, and in the moment, I had to go, I had to put a stop to it."

Both Herron and Rogers yelled at Caballero to get off the victim.

"Like Justin said, I could not believe, based on how many people were at the park at the time of day, that what I was seeing was actually happening. It was terrifying to witness," said Rogers. 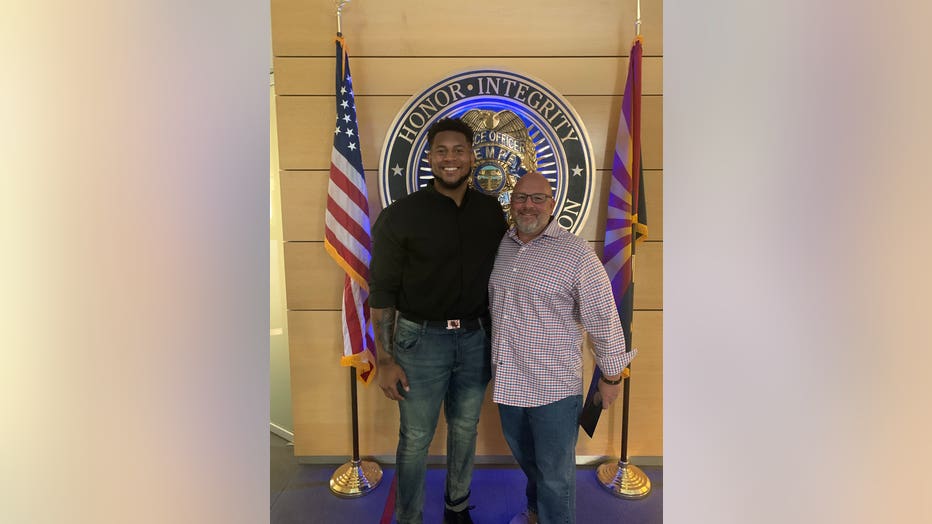 "I didn’t think in 1,000 years that I would see her again," said Herron. "Part of me is a little bit upset that I didn’t get her name, so I can know the name, but it was heartwarming to see her."

The victim's identity was not released, but Tempe Police officials say she is doing well. Meanwhile, Caballero is being accused of attempted sexual assault.

Kevin Caballero, 30, is accused of attacking a woman at Kiwanis Park. (Tempe Police)