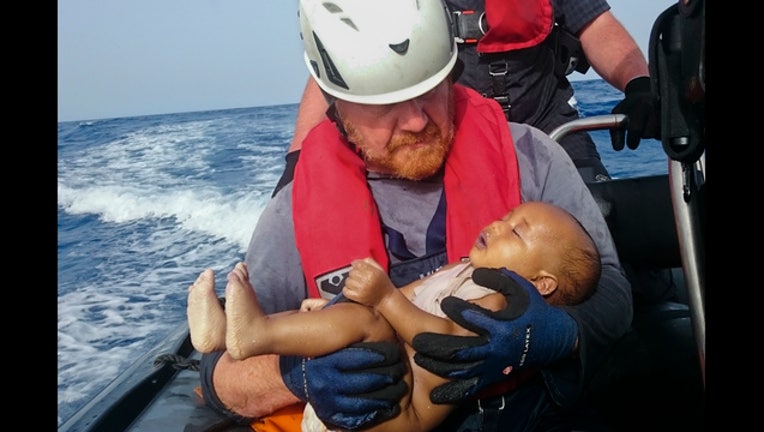 In this Friday, May 27, 2016 photo, a Sea-Watch humanitarian organization crew member holds a drowned migrant baby, during a rescue operation off the coasts of Libya. (Christian Buttner/EIKON NORD GMBH GERMANY via AP)

A heartbreaking photograph of a drowned migrant baby in the arms of a charity worker has been released following a week in which 700 migrants were killed trying to cross the Mediterranean.

The baby, who appears to be no more than a year old, was pulled from the sea off the coast of Italy on Friday after a wooden boat capsized.

Forty-five bodies arrived in the southern Italian port of Reggio Calabria on Sunday aboard an Italian navy ship, which picked up 135 survivors from the same incident.