SACRAMENTO, Calif (KTVU) - California has seen an unprecedented wildfire season and some residents have already had to flee their homes more than once this year.

Gov. Gavin Newsom said during his Monday press briefing that firefighters are currently battling 27 wildfires across the state. Firefighters are focused on the Glass Fire in Napa County, which has burned 11,000 acres since erupting Sunday morning, and the 7,000 acre Zogg Fire in Shasta County.

By Monday night the governor issued an emergency declaration for Napa, Sonoma and Shasta counties due to the Glass and Zogg fires.

Closer to home, the Glass Fire grew substantially overnight after it jumped from 800 acres as dry winds picked up. Flames quickly spread and forced additional evacuations in Napa County. 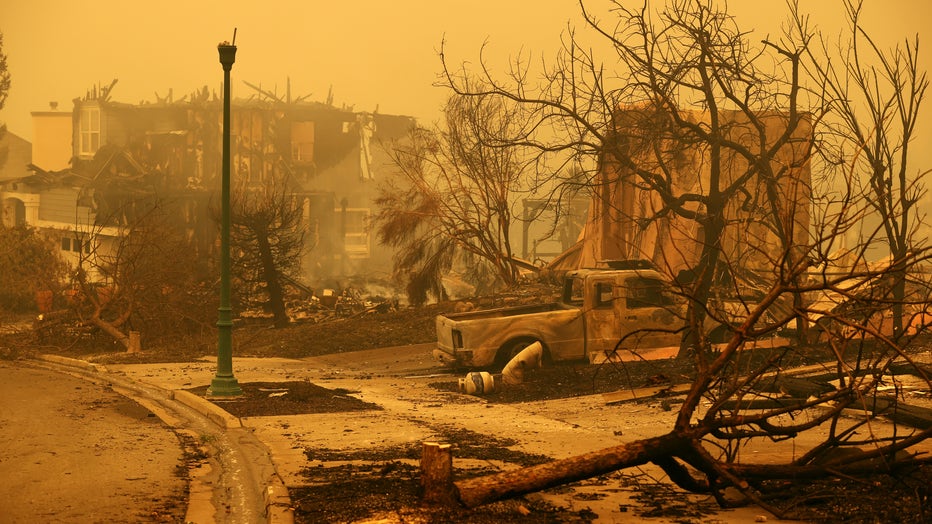 SANTA ROSA, CALIFORNIA - SEPTEMBER 28: The remains of a home that was destroyed by the Glass Incident on September 28, 2020 in Santa Rosa, California. The fast-moving Glass Incident, originally called the Glass Fire, has burned over 11,000 acres in S

"The challenge right now that has been made more acute because of overnight winds. Those winds will maintain themselves. They will begin to dissipate later in the afternoon, which should help with our efforts to take advantage of those conditions," Newsom said.

The governor reiterated how catastrophic his year's wildfire season has been. In 2019 California experienced 5,487 wildfires that burned a total of 157,000 acres compared to 2020 which has already seen 8,136 wildfires that have scorched 3.7 million acres already.

State officials and environmentalists have echoed that climate change and global warming are key factors in California wildfires. Earlier this month, Newsom urged the federal government to take heed.

Northern California's wine country was in flames yet again after the Glass Fire erupted Sunday morning and ignited two other fires: the Shady Fire and Boysen Fire both burning in Sonoma County.

More than 53,000 people in Sonoma and Napa counties were under evacuation orders, said Daniel Berlant, assistant deputy director with Cal Fire. Many more have been warned that they may have to flee.

The causes of the wine country wildfires remain under investigation.