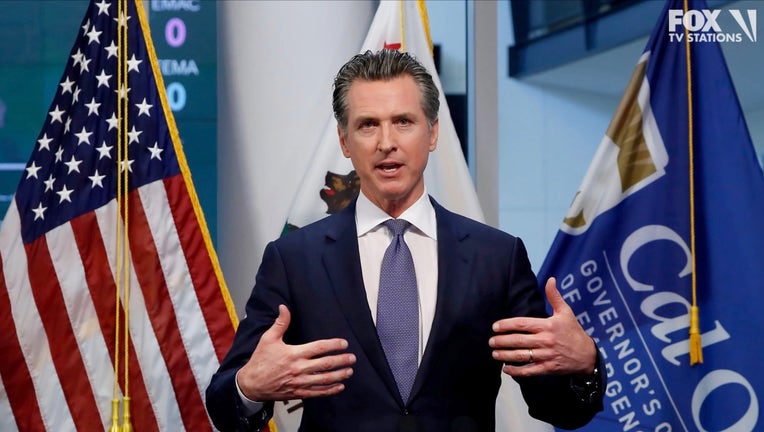 Gov. Gavin Newsom updates the state's response to the coronavirus at the Governor's Office of Emergency Services in Rancho Cordova, Calif., Monday, March 23, 2020. Newsom said he would close parking lots at dozens of beaches and state parks to preven

He made the commitment Monday when asked on MSNBC's "The ReidOut" and says he has multiple names in mind.

Feinstein is the chamber's oldest member at 87. Her spokesman says she has no plans to retire early.

Padilla is California's first Latino senator, but the chamber now has no Black women.