The designers knew that the shoe had to be both comfortable for long stretches of standing and also versatile enough to handle the hurried movements necessary during emergency situations.

LOS ANGELES - Four years ago, Nike made history when it unveiled its revolutionary new self-lacing shoes, called the HyperAdapt 1.0.

Now, the same technology can lace your Air Jordans.

Nike’s futuristic performance basketball shoe seemed completely out of reach when the imaginary technology was first conceived in the hit film “Back to the Future Part II,” released over 30 years ago. 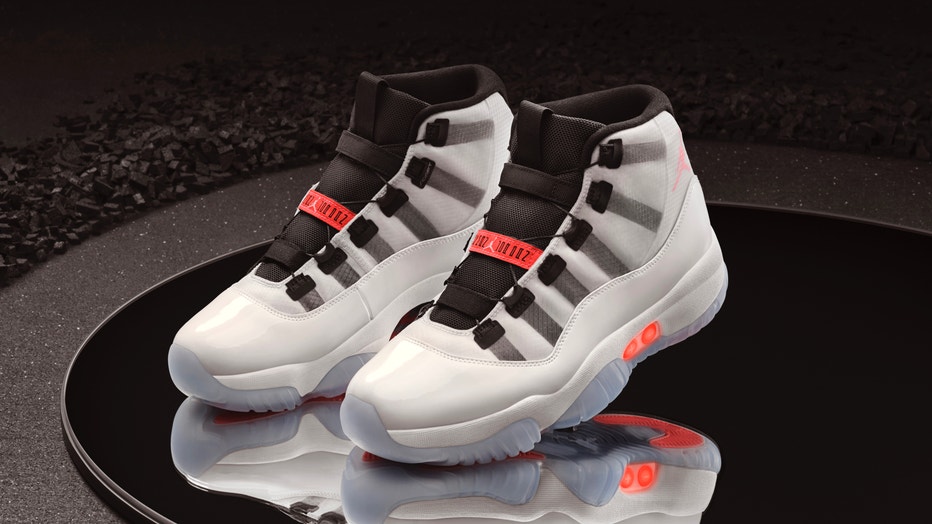 Nike Air Jordans 11 will have self lacing technology.

In the film, Michael J. Fox’s character, Marty McFly, pulls on a pair of gray Nike high-tops that light up and lace themselves at a touch of a button.

But the cinematic dream has become a reality, and the newest self-lacing shoes commemorate the 25th anniversary of the first sketches of the Nike Air Jordan 11 and will be released with “Adapt: self-lacing tech” when they hit shelves on Dec. 30. 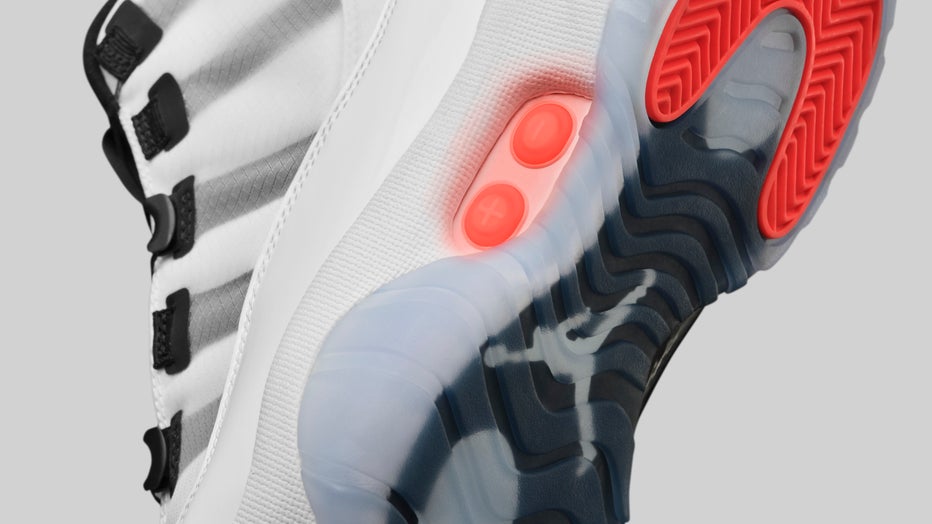 The Jordan brand says (https://news.nike.com/footwear/jordan-brand-air-jordan-xi-jubilee-and-air-jordan-xi-adapt) the new sneakers are expected to be the “most personalized Jumpman shoes to date.”

The Nike Adapt BB was released last year using the same self-lacing tech with a hefty $350 price tag. The lacing was controlled by a smartphone and buttons on the side of the sole to adjust the tension, or how the shoe wraps around the foot.

When synced to an app — with the highest level of security and encryption in mind — the colors of the shoes could be changed as well at any time with a touch of an app.

“It’s the future,” said Tinker Hatfield — the legendary Nike designer who came up with the concept seen in the movie — called E.A.R.L., or electro adaptive reactive lacing, at a Nike event in 2016.