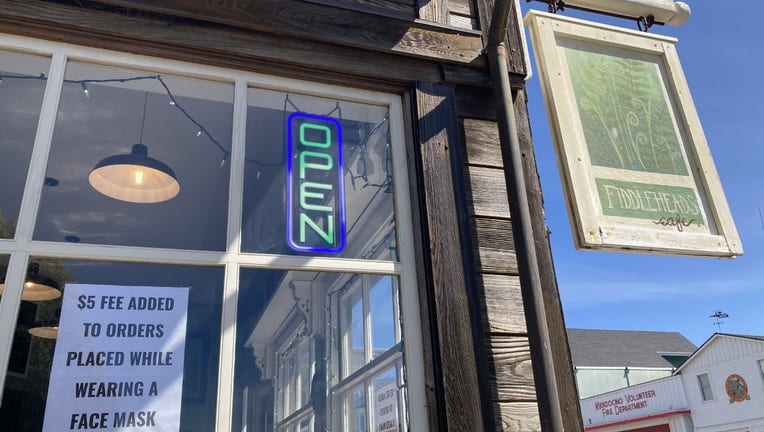 Fiddleheads Cafe in Mendocino has posted a sign telling customers they will charged a $5 fee to orders placed while wearing a mask.  (Chris Castleman)

MENDOCINO, Calif. - While most businesses have made efforts to enforce mask mandates during the pandemic, a Northern California cafe has been taking a complete counter approach: charging customers a fee for wearing a mask. 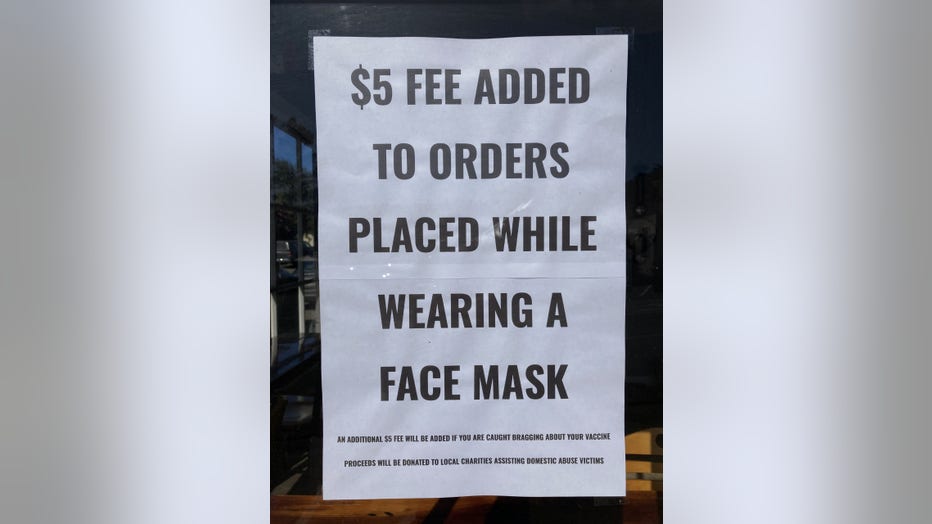 Fiddleheads Cafe in Mendocino was charging a $5 fee for customers who wear a mask.  (Chris Castleman)

Fiddleheads Cafe in Mendocino has put up a sign letting diners know that the restaurant will add a $5 cover charge if customers opt to keep their mask on while ordering. In addition, those heard bragging about getting vaccinated will face an additional $5 fee, the sign noted in fine print.

Castleman has been far from shy about his feelings regarding masks rules. "It’s time to end the mandates and start focusing on reversing the collateral damage done by these government restrictions," he told KTVU. "I decided to put the $5 fee sign up because the pro-mask people have been damaging our country for too long."

He’s demonstrated his opposition in other ways. Until last week, he also had a promotion offering patrons a 50 percent discount if they threw out their mask in the restaurant’s trash bins.

Last year, Castleman went as far as shutting down his business to avoid having to the enforce mask rules. "I’m not a police officer. It’s not my job," he said. "It was a tough decision to close… The environment was no longer productive." 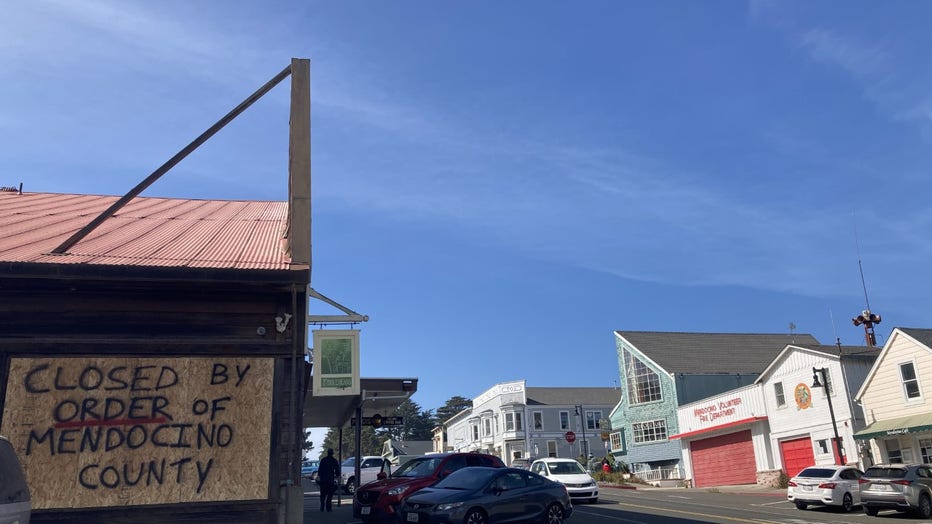 Fiddleheads Cafe closed for about 7 months after being fined for not enforcing Mendocino County's mask mandate.  (Chris Castleman)

He said he and his employees had to deal with angry customers over the mask rules. "They were screaming at us and screaming at customers," the owners said. "It was a very unfortunate and embarrassing situation."

Fiddleheads finally reopened in February, after a more than seven month closure. But his decision to ignore Mendocino County's mask rules has led to $10,000 in penalties. The cafe owner said that he has not paid the fines and has issued an appeal with the county instead.

Castleman’s controversial approach has led to mixed response from the community. "The reaction to our stand has been split 50/50, it seems people either love it or hate it." Those who love it, have thanked him. And the restaurant owner said word of his position has led to customers from all over the state coming to eat at his cafe.

Others have not been as supportive. One Facebook user posted a photo of his mask fee sign, saying, "If you want to know where not to go."

Mendocino County is among California's 15 counties that have been moved into the minimal risk yellow tier under the state's Blueprint for a Safer Economy. It's the least restrictive tier, allowing for most indoor businesses to reopen with modifications. Under the state’s plan, California planned for a full reopening of its economy on June 15. 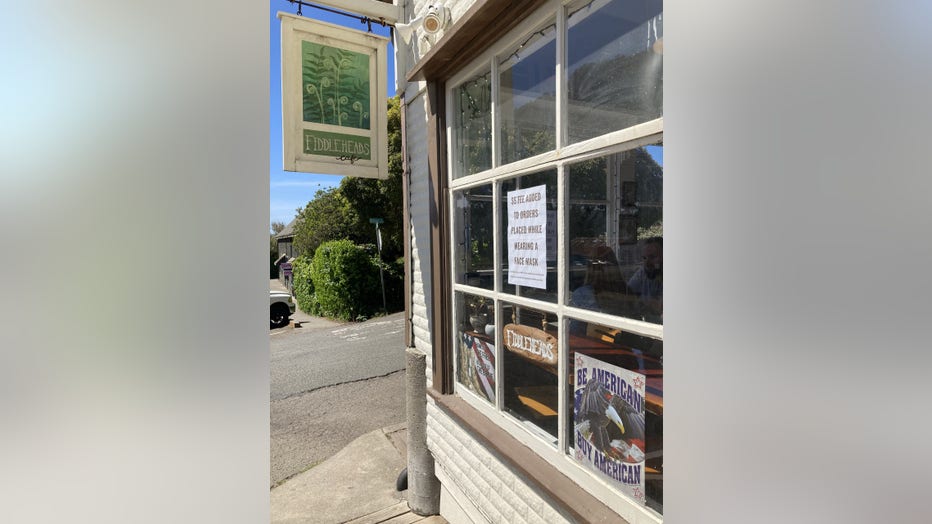 Fiddleheads Cafe in Mendocino has posted a sign telling customers they will charged a $5 fee to orders placed while wearing a mask. An additional $5 fee will be charged "if you are caught bragging about your vaccine," the sign said. (Chris Castleman)