Coronavirus presents a dangerous and deadly threat to nursing homes if aggressive efforts to prevent or stop the spread aren't followed. The elderly are most at risk. Brooks Jarosz reports

BERKELEY, Calif. - Across the country, nursing homes are especially vulnerable to spreading coronavirus but systematic shortcomings could put those most at risk of serious injury or death if efforts aren’t ramped up to stop it.

At least 10 nursing homes in Washington state have confirmed cases of COVID-19, which have led to deaths. The Centers for Disease Control and Prevention has since updated guidelines for long-term care facilities but some argue they lack detail and urgency.

Primary changes include pushing nursing homes to have aggressive visitor restrictions, enforce sick leave policies for ill health care workers, and social distancing. On Sunday, California Governor Gavin Newsom took the federal recommendations a step further by restricting any visitors except for those visiting a patient in the last days of life.

With nearly 2.5 million Americans in long-term care facilities, including 400,000 in California, preventing exposure is tricky. At the Chapparal House, a nursing home in Berkeley, preparations were swift and changes were similar to what has been done in previous virus outbreaks. 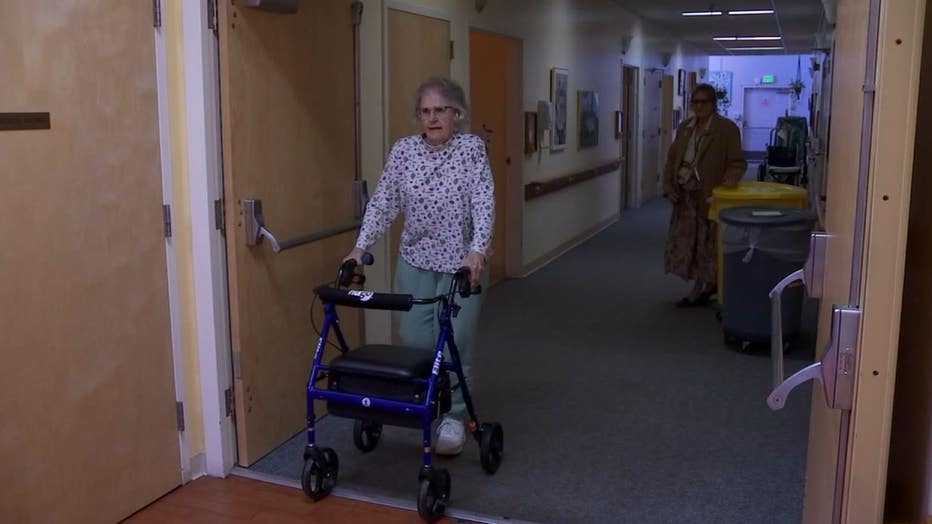 “We have hand sanitizers in the hallway and people are washing,” administrator and nurse KJ Page said. “We’ve shut down activities, we’ve had shelter in your rooms, we’ve had meals in your rooms to we know the drill.”

The difficulty here protocols for the flu can also include a vaccine or other anti-viral treatments but for coronavirus there’s nothing. Still, it requires coordination and enforcement of policies and practices among staff, residents and potential visitors.

“People are left in these facilities with very few other eyes to catch these infection control problems, neglect problems which are really endemic in California,” Dark said.

Dangers can also exist from outside visitors or patients who transition to and from hospitals bringing germs with them.  There is also worry of not having enough space at some hospitals to quarantine infected people. While the CDC wants nursing homes to have a designated unit or area for infected people, it’s tough when most nursing homes are at or near capacity.

“I think that communities are going to have to work hand and hand with the government to make sure that people aren’t falling through the cracks,” Dark said. “We can’t turn our back on the people in these facilities.”

It’s those people, primarily in their 70s and 80s, who are overwhelmingly at the highest risk for serious illness or death caused by coronavirus. It’s especially dangerous for those with heart disease, diabetes or lung disease, which makes up most of the population at Chapparal House.

“I live in fear because nursing homes have such a vulnerable population and they have such a bad reputation,” Page said.

Handouts are prominently available at the entrance of the nursing home providing tips to limit exposure and reduce panic.

Margot Bearden has lived at Chapparal House for a decade and despite watching for warning signs like fever, cough and shortness of breath, she’s not worried.

Additional protocols have been ratcheted up by the state and federal governments including requiring an isolation area in each nursing home designated for someone who becomes infected as well as specialized masks, gowns, gloves and eye protection for health care workers or those who come into contact with an infected person.

“We have raised the bar related to infections disease control in our nursing homes,” Vice President Mike Pence said. “We are going to focus all of our inspection resources for the foreseeable future on compliance with infection control standards.”

Roughly 8,000 federal inspectors will fan out across the country to ensure long-term care facilities are complying, but federal officials did not elaborate on when, how often or what penalties nursing homes could face.

“For decades now, regulators have taken a very lax approach to things like infection control in these facilities,” Dark said. “These are usually paper violations which can be corrected by just the submission of a plan so there’s little or no follow up.”

Perhaps mistakes of the past have been a wake-up call to some nursing homes but only time will tell if it is too little, too late.

“I think we’re prepared for the worst and hoping for the best,” Page said.

Brooks Jarosz is an investigative reporter for KTVU. Email Brooks at brooks.jarosz@foxtv.com and follow him on Twitter @BrooksKTVU