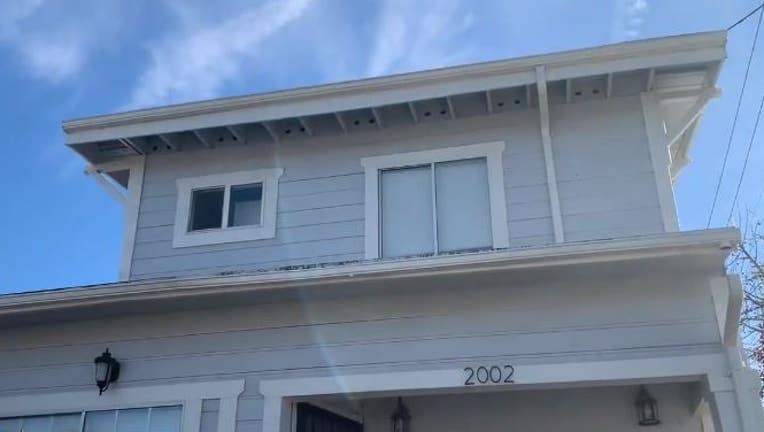 One of 17 homes in Oakland to be made available to someone who was formerly unhoused.

OAKLAND, Calif. - The city of Oakland and the housing nonprofit Bay Area Community Services announced the completion this week of the conversion of 17 residential homes that will be made available to previously unhoused residents.

The city used roughly $10 million in funding from the state's $600 million Project Homekey program, which issues grants to local jurisdictions across California to purchase hotels, motels, vacant apartment complexes and other buildings and turn them into supportive housing hubs.

The city also received a $5 million donation from the Crankstart Foundation, founded by Welsh venture capitalist and billionaire Michael Moritz, in additional funding to purchase the homes located throughout the city.

"More than 100 formerly homeless individuals will receive their forever homes through this innovative project," Mayor Libby Schaaf said. "These types of ambitious projects can take years, yet this gift of housing came in less than 90 days, due to the relationships we have with organizations like BACS, and the heart, urgency and compassion of our city staff."

Rent for the homes will be fixed and remain capped at 30 percent of the area median income for 55 years, according to city and BACS officials.

The homes are also intended to be permanent residences rather than transitional housing, but residents will not be precluded from moving out if they choose.

"This project is a wonderful example of what can happen when partners come together -- multiple levels of government, nonprofit agencies, and philanthropic entities -- to house our most vulnerable," said Shola Olatoye, the city's director of housing and community development.

The homes are expected to be filled by the end of the month, according to Schaaf.