LOS ANGELES - Oakland's own Zendaya received her first-ever Emmy nomination on Tuesday, being named among the six top performers in the category of Outstanding Lead Actress in a Drama Series. 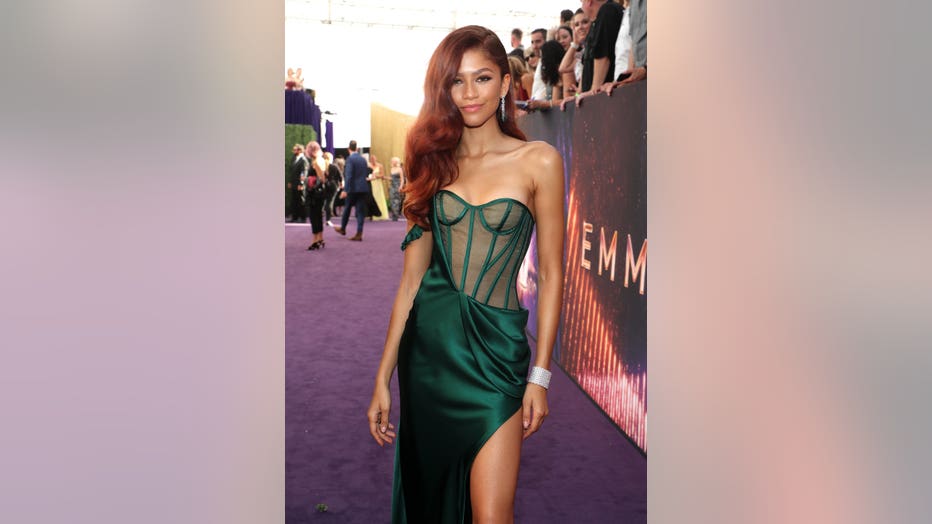 Zendaya, seen here attending the 2019 Emmy Awards, received her first-ever Emmy nomination on July 28, 2020, in the category of Outstanding Lead Actress in a Drama Series.

The 23-year-old singer, actress earned the honor for her role in the HBO's series "Euphoria,” in which she plays a teen drug addict.

After the announcement, Zendaya received a big congratulations on Euphoria's Twitter account expressing that it was "beyond proud" of the actress.

The Bay Area was well-represented in the 2020 Emmy nominations. Oakland-born Mahershala Ali was nominated in the category of Supporting Actor in a Comedy Series. The two-time Oscar winner earned the spot for his role in the Hulu sit-com, "Ramy."

The Academy of Television Arts & Sciences released its list of nominees for the annual prime-time Emmy Awards in a live-stream event on Tuesday.

“Despite the unprecedented challenges facing the entertainment industry, it has been an extraordinary year for television,” said Television Academy Chairman and CEO Frank Scherma. “Television has inspired, united and comforted a global audience this season. We are honored to be recognizing so many of the talented programs, producers, directors and craftspeople behind the remarkable storytelling that has brought us together while we remain apart.”

Netflix led the total number of nominations with 160. HBO followed with 107.

Here's a look at the nominations in the other top categories:

Comedy Series: “Curb Your Enthusiasm”; “Dead to Me”; “The Good Place”; “Insecure”; “The Kominsky Method”; “The Marvelous Mrs. Maisel”; “Schitt’s Creek”; “What We Do in the Shadows.”

Guest Actress in a Drama Series: Alexis Bledel, “The Handmaid’s Tale”; Cicely Tyson, “How To Get Away With Murder”; Laverne Cox, “Orange Is The New Black”; Harriet Walter, “Succession”; Cherry Jones, “Succession”; Phylicia Rashad, “This Is Us.”

For a look at the complete list of nominations click here. The 72nd Emmy Awards will be hosted by Jimmy Kimmel and scheduled to be broadcast on Sept. 20.