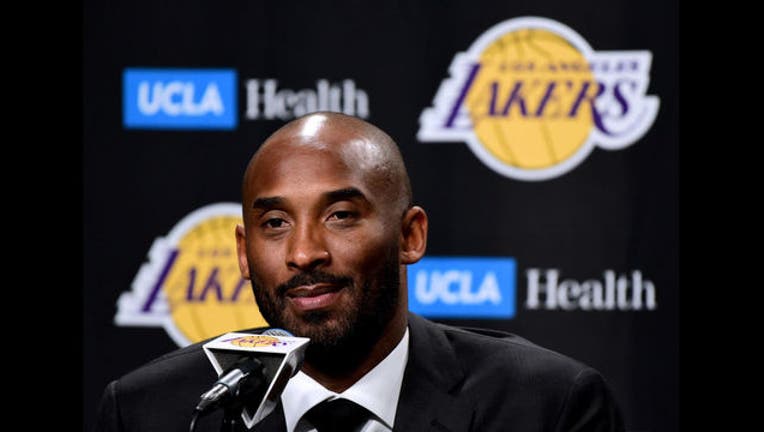 Kobe Bryant speaks to the media at a press conference before his #8 and #24 jerseys are retired by the Los Angeles Lakers at Staples Center on December 18, 2017 in Los Angeles, California. (Photo by Harry How/Getty Images)

(FOX 11) - A day after Kobe Bryant's 'Dear Basketball' scored an Oscar nomination for best animated short, an online petition asking the academy of motion picture arts and sciences to rescind the nomination has 7,000 signatures so far.

The petition is titled: "Take Oscar Nomination Away From Kobe Bryant, a Known Rapist."

In 2003 Bryant was accused of raping a 19-year-old employee at a Colorado hotel.

The case was dropped after Bryant's accuser refused to testify. Bryant later settled a civil lawsuit
filed by the accuser.

The petition points out that other alleged predators, including James Franco, were denied Oscar nominations.

But questions why, in the time of the me too and time's up movements, why Bryant is being honored with a nomination.