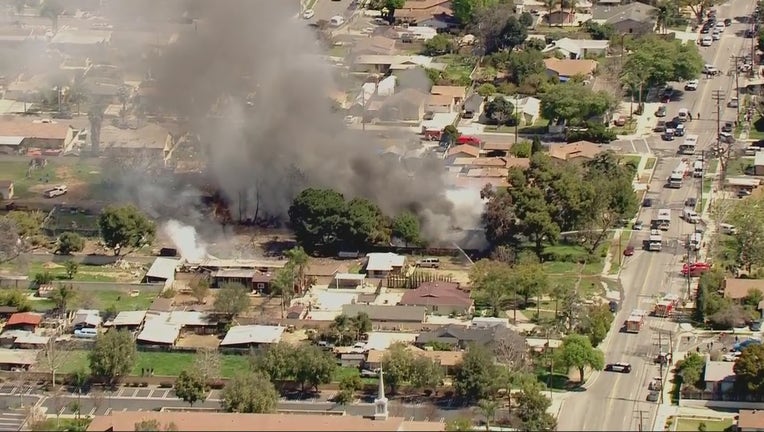 Residents began returning to their homes Friday evening after evacuating on Tuesday. About 80 homes were within the explosion’s radius and dozens were damaged.

Although authorities still have not officially confirmed the victims’ identities, cousins Alex Paez, 38, and Cesar Paez, 20, were reported missing after the explosion.

Fireworks are illegal in Ontario, as in many California cities, and investigators are using bar codes on the explosives to trace where they were purchased. Authorities, including the FBI, are investigating where the huge stash of fireworks came from. Officials said the fireworks do not appear to be commercial-grade products, as they initially thought.

Neighbors in the area are upset, saying they have reported firework usage before but authorities didn’t act on it. Authorities say even after answering calls of fireworks, they were never able to capture the people setting them off, which they need to prosecute.

"They don’t do anything because they need to see them do it. Yes, I am upset. I think our whole community, our whole Ontario is upset," said resident Anna Earley.

Experts have burned nearly 200 bins — each holding about 27 gallons  — full of fireworks to safely destroy them, Ontario spokesman Dan Bell said. Other fireworks were too dangerous to move and had to be burned at the scene.

Authorities have detonated the leftover fireworks recovered from an Ontario neighborhood.

Other controlled burns are expected to occur over the next few days, Ontario Fire Chief Ray Gayk said. Ammunition was also found among the debris.

Ontario Police Chief Mike Lorenz said the investigation may eventually result in state or federal charges but authorities are still working to determine how the fireworks got to the city and what caused the explosion.