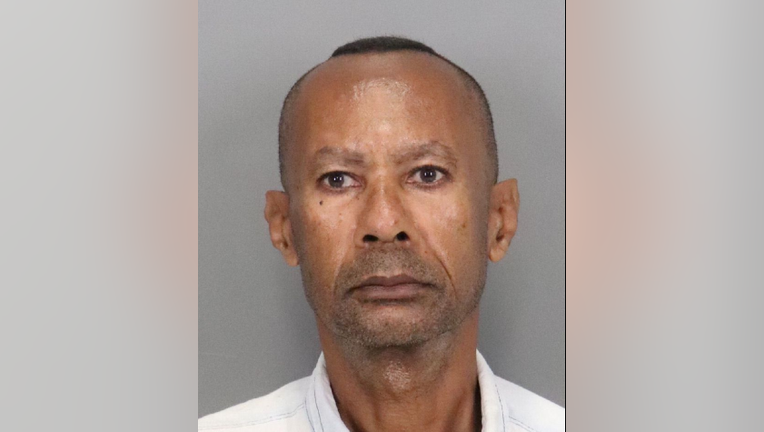 PALO ALTO, Calif. - Police in Palo Alto arrested a man on Friday after a witness told police that a man exposed himself while talking to a 4-year-old child.

Police say they got a call from a man in his 40s who was at El Camino Park with his son on Friday afternoon.

The man told police he left his son to get water for their dog when he noticed his son had walked over to a table and was talking to a stranger.

The man said he noticed the suspect was exposed and was touching himself while talking to the boy.

The man say he started yelling at the suspect prompting him to run away through the park.

Palo Alto police located the suspect, identified as 59-year-old Rupert Richard Taylor-Fox of Menlo Park, and detained him as he was riding away on a bike in the 100 block of Alma Street.

Police say while arresting Taylor-Fox noted his pants were not buttoned and his zipper was down.

Taylor-Fox was arrested for indecent exposure and annoying a child.