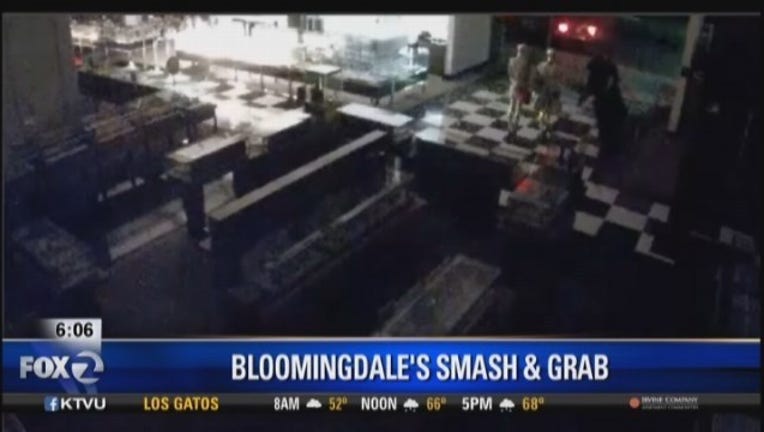 The video shows a red Jeep Cherokee ramming through the front doors of the store at 4 a.m. Wednesday. The thieves, wearing black hoodies, run into the store and start smashing glass cases containing jewelry and watches. Police say they were inside for just over one minute, but made off with quite a bit of loot.

KTVU crews counted six damaged cases, but store staff is currently taking inventory to see exactly how much was stolen.

The thieves raced away and dumped the Jeep on Palo Alto Avenue. Police say the car had been reported stolen the day before.

In February a similar crime happened at a camera store on California Avenue. In that case, someone drove a minivan through the front doors and stole equipment.

Police are hoping evidence taken from the stolen car and the surveillance video will help them provide leads on any suspects.