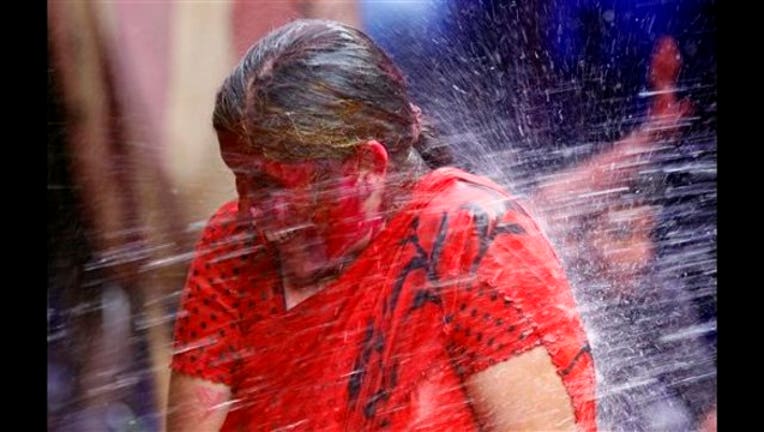 NEW DELHI (AP) -- Holi, India's joyful and colorful celebration of the arrival of spring combined with several religious legends, has long ceased to be only a Hindu festival.

On Friday, the streets and lanes across most of India turned into a large playground where people of all faiths threw colored powder and water at each other.

Children are free to toss water balloons at unsuspecting passers-by.The celebration begins the night before Holi, when large bonfires are lit, to mark the victory of good over evil.

Then it's time for the fun with colors to begin.

The cautious may smear themselves with mustard oil or Vaseline so the colors don't damage their skin too much.

Being covered in color brings relative anonymity, and in largely conservative India, this also means Holi is a time when men and women and boys and girls can mingle with relative freedom.