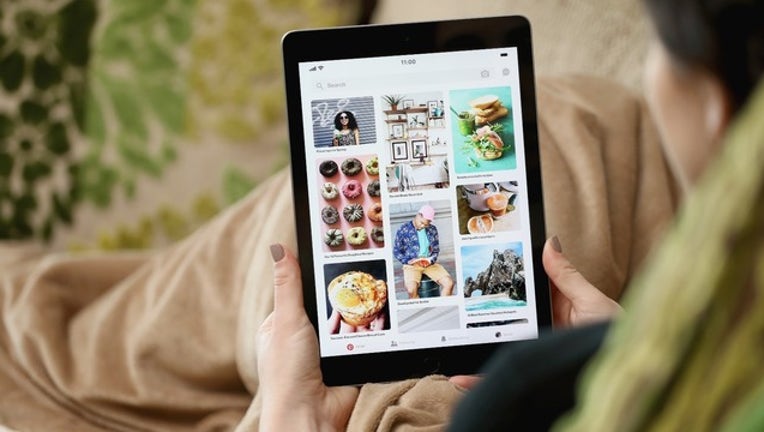 NEW YORK (AP) - NEW YORK (AP) - Pinterest, among the gaggle of tech companies hoping to go public this year, set a conservative price range Monday for its initial public offering. It hopes to raise as much as $1.5 billion in its initial offering of shares.

The digital scrapbooking site said in a regulatory filing that it will put about 75 million shares up for sale at a price between $15 and $17 each.

That, at the higher end, could put the value of the company at around $9 billion. But it falls below the estimated $12 billion value from earlier sales of shares to private investors, according to reports two years ago.

Companies set their price range for an initial public offering with a tricky calculus set by investment banks and underwriters. They don't want to set the bar too low, but going too high can lead to a sell-off.

And those tech companies still planning to go public this year may be treading more carefully following the debut of Lyft 11 days ago. After a much ballyhooed debut, the stock slumped for two days. While its shares bounced back from their lows last week, they remain far below the heights reached in the flurry of first-day trading, and they fell 3% Monday, again dipping under the initial offering price.

The Lyft drop was a "major gut check time for Lyft and the tech IPO world to see how this stock trades given it was the first one out of the box," said Wedbush Securities analyst Dan Ives after Lyft shares tumbled.

Other tech companies pushing to go public this year include Uber, Lyft's rival, the messaging app Slack and the video conferencing company Zoom are expected to make their debut soon.

The platform allows people to search for and "pin" images that interest them, whether it's fashion, sports, pets or travel.

Pinterest has long shunned the label of being a social network. It doesn't push users to add friends or build connections. That means it's avoided the privacy tangles that have ensnared companies like Facebook. Pinterest makes advertising revenue when businesses promote pins in users' feeds.

Pinterest was founded in 2010 by Ben Silbermann and Evan Sharp, who are the company's CEO and chief product officer, respectively.

The company has been working on developing its artificial intelligence search, which allows people to take a photo or upload a screenshot of an item and find similar products on Pinterest.

Pinterest's stock will list on the New York Stock Exchange under the "PINS" ticker symbol.