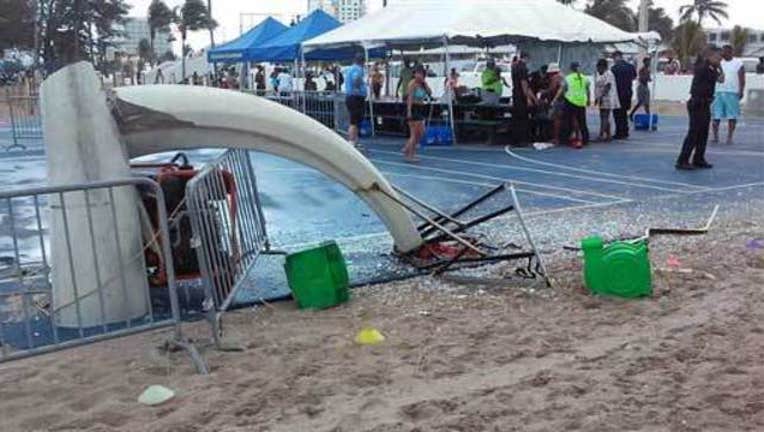 MIAMI (AP) — A waterspout uprooted an inflatable bounce house with three children inside it on a South Florida beach Monday, but the youngsters were ejected before it flew above palm trees across four lanes of traffic into a parking lot, police said.

All three children were tossed to the sand while another unoccupied bounce house nearby also took flight westward over the state road and landed in the same lot, authorities added.

The children were injured, but alert and conscious when they were taken to a hospital, Fort Lauderdale Police spokesman Keven Dupree said.

On Monday evening, police issued a statement that two of the children were treated for minor fractures and released while a third was in stable condition and being held overnight for observation at Broward Health Medical Center. Their identities weren't released.

Video on local television stations showed the waterspout — a whirling column of air and water mist — moving from the ocean onto the sand of Fort Lauderdale beach, tossing a canopy and rolling one of the bounce houses before lifting it into the air.

The house flew above the tree line, but the children fell out when it first flipped over the beach, Dupree said. "They were immediately dropped out of the bounce house onto the sand," he said.

Police said no vehicles or pedestrians were hit by the airborne bounce houses and that no other injuries were reported.

Burt Osteen, a 37-year-old flooring installer from Fort Lauderdale, and his family dove to the sand on their stomachs as they saw the waterspout spinning toward them.

"It came right over us. We laid on the ground; we were right in front of the bounce house. We watched it pick up the bounce house and snap a basketball hoop," Osteen said.

He barely felt anything, though, when the waterspout passed over them. The tablecloths on nearby picnic tables weren't even disturbed by the wind, he said.

"The only thing was the sand, getting stung by the sand," he said.

Unlike tornadoes, waterspouts don't need thunderstorms for their funnel clouds to form. On Monday afternoon, a band of clouds was moving in from the ocean had winds favorable for waterspout formation, said Jeral Estupinan, a meteorologist with the National Weather Service in Miami.

"It developed very close to the coastline and moved onshore, and it dissipated very quickly onshore, like any other waterspout," Estupinan said. 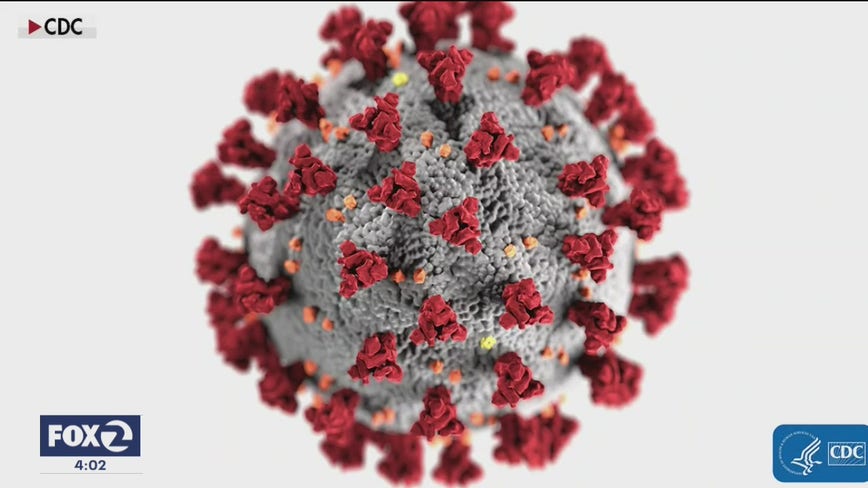