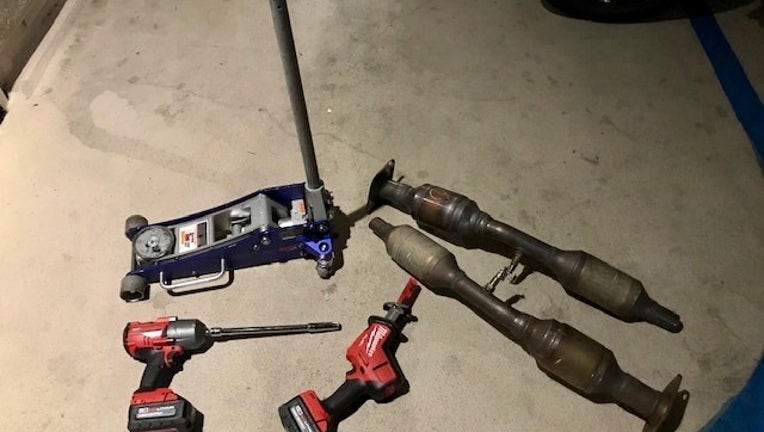 Police were called shortly after 1 a.m. to the area of Fernwood Street and 28th Avenue in San Mateo after a resident reported seeing suspicious activity by what appeared to be "masked men" underneath a vehicle.

The caller said the men then fled northbound on Alameda de las Pulgas in an Audi SUV. 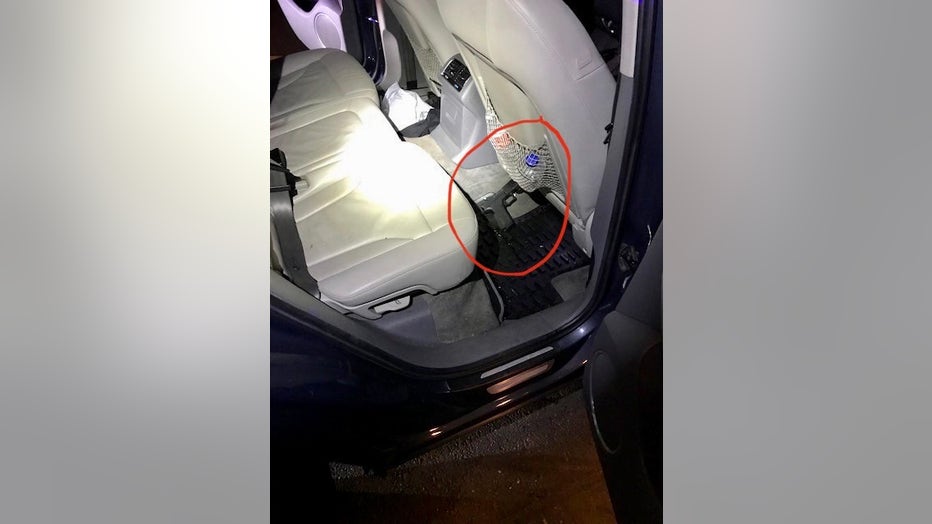 Officers saw and attempted to stop the SUV on Alameda de las Pulgas, but it fled onto eastbound state Highway 92, off at El Camino Real and back westbound on Highway 92, stopping when it hit an on-ramp median that flattened the tires.

Three people fled the SUV into nearby brush. One was found and arrested and two remain at large.

A search of the SUV turned up a loaded gun, catalytic converters, and tools used to remove automobile parts. 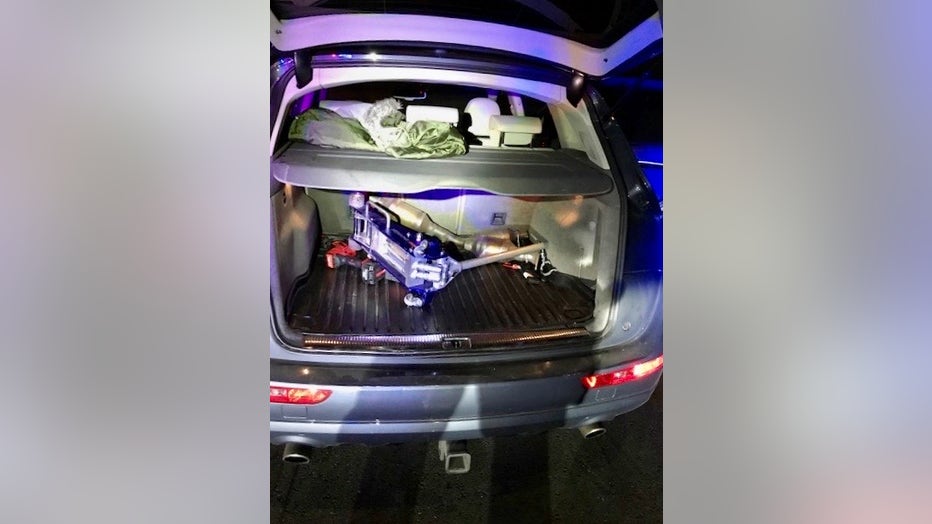 Ernesto Guevaraortega was booked at San Mateo County Jail for being a felon in possession of a firearm, carrying a concealed weapon in a vehicle, possession of stolen property, grand theft, possession of burglary tools, and conspiracy to commit crime.

Anyone with information about the other suspects is encouraged to call San Mateo Police Dispatch at (650) 522-7700.