Police chase ends in crash and then brief fight

A man tried to fight off the CHP officers that was trying to arrest him.

Prior to the brief violent struggle, the man led CHP on a chase across the San Fernando Valley Sunday evening.

The suspect eventually crashed his car after CHP used a pit maneuver against him on Rocky Peak Fire Road in the Simi Valley area. Following the crash, a brief – but violent struggle – broke out between the suspect and the two CHP officers trying to arrest him.

SkyFOX was over a bizarre brawl as a man tried to fight off the CHP officers that tried to arrest him after a police chase.

A third officer ran to the scene to complete the arrest. The suspect was placed into custody after the intense series of events.

The suspect's identity has not been released as of Sunday night. 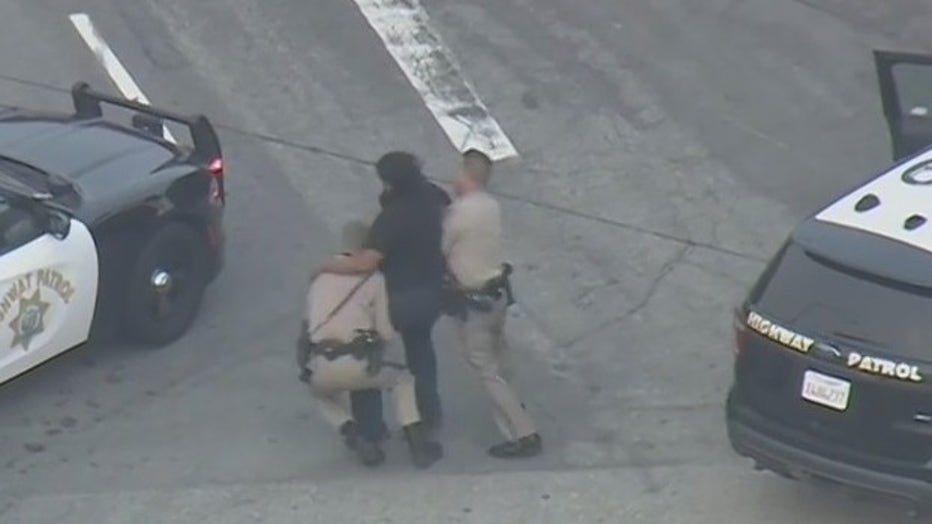