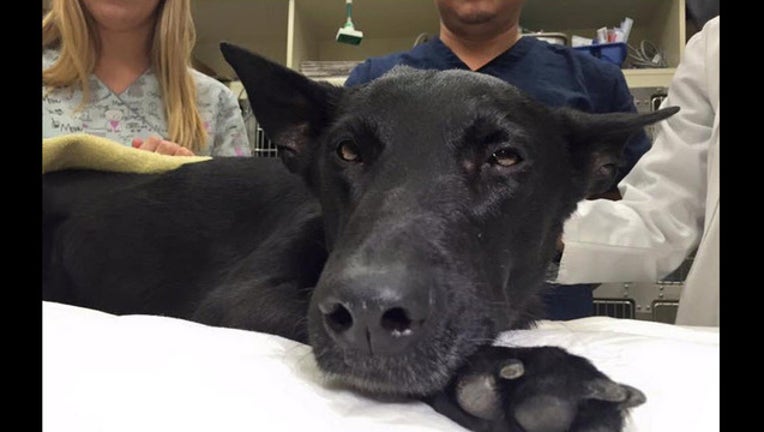 Robin, a 3-year-old female Belgian Malinois who has been a police service dog for four months, was seriously injured Saturday while helping officers locate a pair of residential burglary suspects, according to the Monterey Park Police Officers Association.

Robin located one of the suspects, who was taken into custody. As the dog and her handler searched for the second suspect, they were both attacked by a swarm of bees.

Robin was stung more than 100 times and taken to a veterinarian emergency room. Robin went into anaphylactic shock and underwent an emergency blood transfusion, according to the union. The dog's liver and lungs suffered severe damage, and she will require extensive -- and expensive -- medical care, union officials said.