Police say a tip from the public led to the arrest on Thursday of two suspects in connection to two home-invasion robberies in Lafayette. Detectives are actively looking to identify a third suspect and say all three may be connected to other crimes in Oakland and Benicia.

LAFAYETTE, Calif. - Police say a tip from the public led to the arrest on Thursday of two suspects in connection to two home-invasion robberies in Lafayette.

Lafayette police and Fairfield police department's SWAT team served arrest warrants at a home on the 500 block of Pacific Avenue in Fairfield where several people were detained and two men were arrested.

Joseph Wells, 22, and Adama Diop, 20, both of Fairfield were taken into custody with help from Contra Costa County Sheriff's Office.

Police said they also seized guns and numerous items believed to be stolen during the home invasions.

"This is a crime when we talk about your home...that's your private protected space where you raise your family and when that's invaded it's very impactful for people," Lafayette Police Chief Ben Alldritt said.

The Lafayette robberies took place on Halloween night and on Nov. 26. 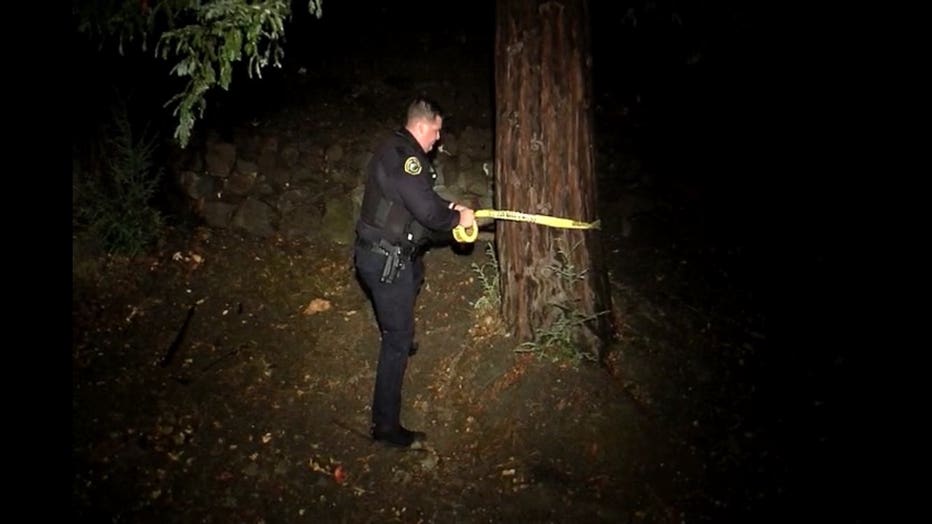 In the November incident on Crestmoor Drive, the intruders barged in, tied up the homeowner and his wife and ransacked their home. They also stole their BMW and dumped it in the Oakland Hills.

The two suspects, along with a third suspect, who has not been identified, are also believed to be linked to additional robberies in Benicia and a kidnapping in Oakland.

Police said the robbery on Halloween delayed the response to a noisy Halloween party in Orinda where five people were fatally shot.

"The arrest of these home invasion robbery suspects is the result of good police work," said Contra Costa Sheriff David Livingston. "It was a combination of following up on leads, a critical tip from a citizen wh oreported something suspicious."

The arrests come after a packed community meeting on safety Wednesday night where residents aired their concerns.

"I expect my community to be concerned. I'm concerned. That's why I put so many resources into this," said Alldritt. The chief would not say if the homes were targeted or picked at random. He said more arrests could be coming.

Outside Diablo Market, residents are a little more at ease.

"I will sleep better tonight knowing those people who are responsible have been arrested," said David Shaffer a Lafayette resident. "It's surprising to me that people's homes are being invaded and people are being tied up and their lives are in danger."

Wells and Diop are being held at the Martinez Detention Facility for residential burglary, kidnapping, false imprisonment, assault with a deadly weapon, robbery, possession of a stolen vehicle and conspiracy, police said. Their bail is set at $1.5 million each. Both suspects are due in court on Monday.