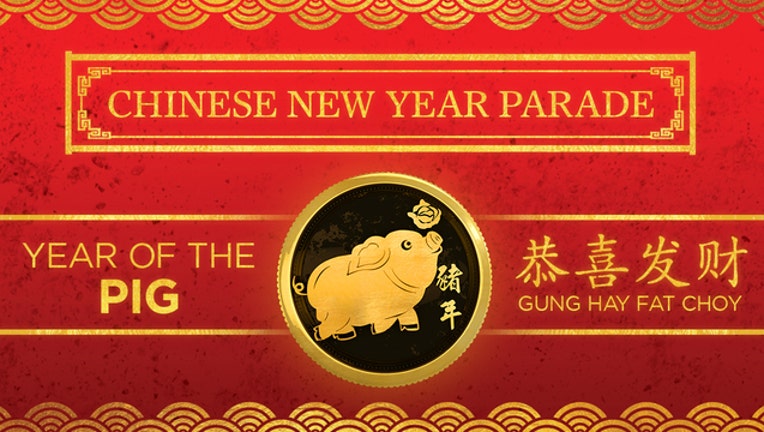 The Southwest Airlines Chinese New Year Parade will usher in the Year of the Pig with a festival, which has been named one of the world's top parades.

It also boasts as the largest celebration of its kind outside of Asia.

The famous festival dates back to the 1860's after the Gold Rush, established by Chinese leaders in San Francisco who hoped to educate the community about their culture.

Over the years, it has delighted countless spectators who look forward to the colorful procession that includes elaborate floats, costumed performers, marching bands, and firecrackers.

And of course, there is the much anticipated crowd favorite: the Golden Dragon "Gum Loong."

The procession will begin at Second and Market Streets, go west on Market to Kearny, then up Post, east on Powell, down Sutter, and back to Kearny, to end at Columbus Avenue.

General viewing of the parade is free.

But you can purchase tickets for bleacher seating on Kearny St. between Washington and Jackson Streets.

You can also catch the parade on KTVU Fox 2. We will be carrying the event live.