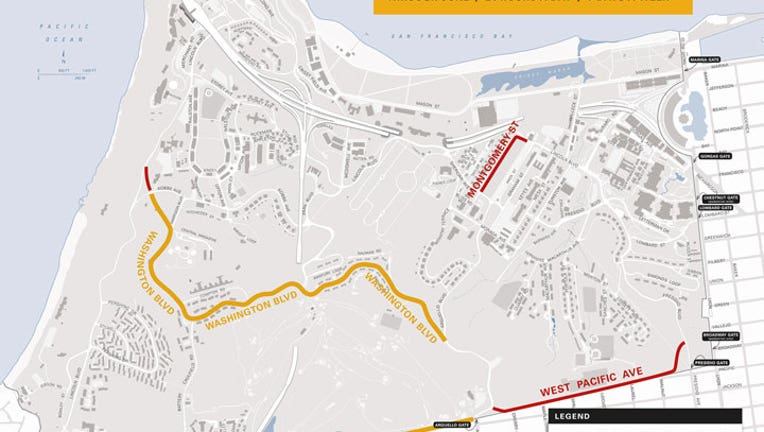 SAN FRANCISCO - The closure of several streets for social distancing purposes in San Francisco's Presidio will now take place on Monday after the Presidio Trust that oversees the federal land had said earlier this week that the closure would start on Saturday.

The Presidio Slow Streets initiative is closing or limiting traffic on select streets from Monday through June 30 to allow for residents to walk, run, exercise and bike safely amid the COVID-19 coronavirus pandemic.

As the month goes on, the routes could be adjusted, Presidio Trust officials said. Current information can be found online.

Additionally, both John F. Kennedy Drive in Golden Gate Park and John F. Shelley Drive in John McLaren Park have also been completely closed to vehicles through the duration of the COVID-19-related shelter order.