A political rhetoric expert says anger and disgust expressed by would-be attackers are symptoms of a larger disease. The attack of Paul Pelosi has touched a nerve in Washington and elsewhere. KTVU's Jesse Gary reports on what may be driving this extreme behavior.

SAN JOSE, Calif. - Verbal and physical attacks on political figures from both parties is nothing new.

"We’ve all witnessed personal threats against ourselves. And we accept that," said U.S. Rep. Jackie Speier, a Democrat from San Mateo.

But Friday, some experts said the targeting of the U.S. House Speaker’s spouse signals a new trend. 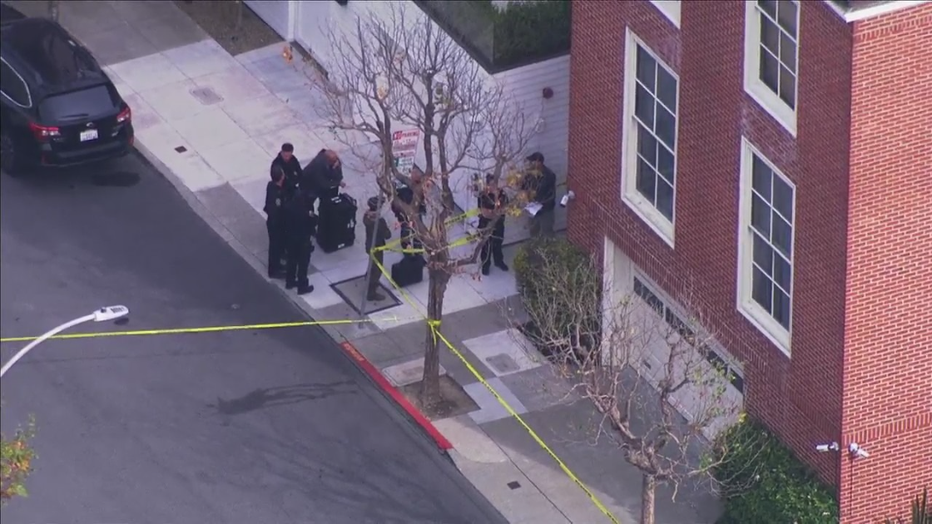 San Francisco police were out in force at the Pelosi home in the 2600 block of Broadway Street after a break-in. Oct. 28, 2022

"There’s not more political rhetoric, but it is more intense," said Dr. Ryan Skinnell, a political rhetoric expert at San Jose State University. "People within government have been increasing their intensity to undermine government, along with Trump’s election. But not just trump."

He said anger and disgust expressed by would-be attackers are symptoms of a larger disease.

"I’m very anxious about what’s going on in the country. What more evidence do you need than this morning’s headlines? With speaker Pelosi’s husband," said Gov. Gavin Newsom.

Friday’s attack on Paul Pelosi generated sympathy from all corners..

"This savage attack is absolutely tragic. My thoughts and prayers go to him, his whole family," said Nathan Hochman, a Republican candidate for California attorney general.

"I know it’s shaken me to my core, and for so many others as well," said Rep. Anna Eshoo, Democrat from Palo Alto.

"I’m beyond apoplectic about this," Speier added.

This crime is also creating a national conversation, over if and how words influence actions.

In 2017, multiple House Republicans were shot as they played softball near the Capitol. And six years before that, then-congresswoman Gabby Giffords was shot as she met with her Arizona constituents.

The search for a thread between escalating, random acts could be tied to how we disagree in politics. Or to something as simple as crime and punishment.

"I think this attack is part of a continuum – is a spiral of lawlessness that we have in California," said Hochman. "Shame on the media for trying to come up with a simplistic solution for a complicated problem."

This, as society struggles with an unsettling reality, that "We the People," may be waging war with ourselves.