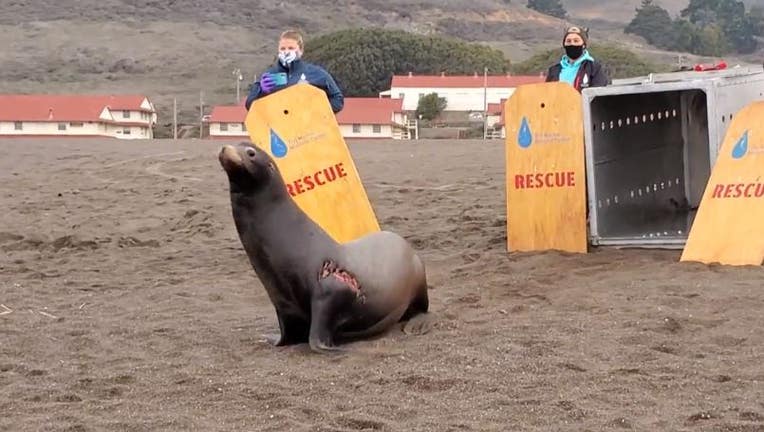 SAUSALITO, Calif. - A sea lion is back home in the Marin Headlands after being treated for multiple injuries.

The young male named Jenya was suffering from a severe shark bite wound and domoic acid poisoning, a condition that can cause permanent brain damage if left untreated.

"Jenya’s road to recovery was one of the most inspiring patient cases I’ve seen this year," says Dr. Emily Trumbull, veterinarian at The Marine Mammal Center. "Watching this animal transform back into a feisty, thriving sea lion that’s ready to head home is a testament to the intensive rehabilitative and medical efforts the Center provides sick and injured marine mammals in need."

He was released back into the wild at Rodeo Beach last week.

As of Monday, more than 440 seals and sea lions have been under the facility's care since the start of the pandemic.