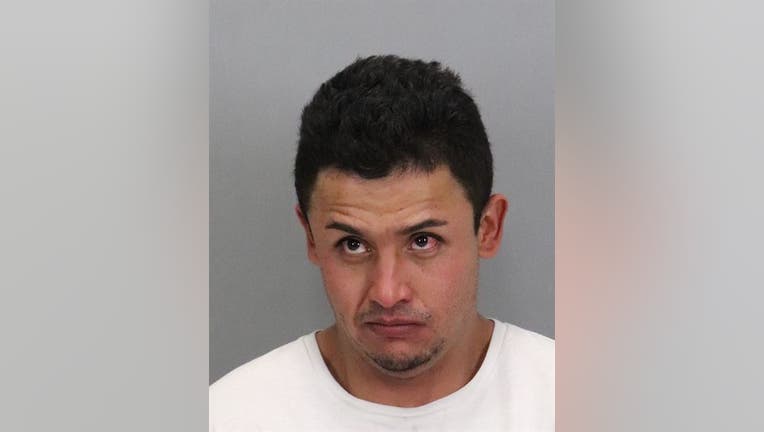 PALO ALTO, Calif. - Palo Alto police arrested a man on Sunday for residential burglary and an assault on a resident that involved hedge shears, police say.

On Sunday, Jan. 9, police said dispatch received a call from a woman in her thirties about a robbery in progress at the 1100 block of Oregon Avenue at around 11:45 p.m. Officers arrived shortly after and learned the suspect fled on foot.

Police said their investigation indicates the woman was alerted to motion at her front door by her security camera and that she heard the sound of breaking glass. Police said the woman alerted her husband, a man in his thirties, to the activity. While the husband investigated, she stayed with their two young children after calling police.

The husband encountered the intruder, allegedly armed with hedge shears, standing outside his shattered-glass door. Police said a struggle ensued with the suspect swinging the shears at the husband, but missing. The husband managed to get ahold of the shears and struck the intruder in the shoulder.

The suspect fled and that's when officers arrived.

Officers located the suspect walking on a nearby off-ramp along U.S. Highway 101. He was taken into custody at 11:50 p.m., according to police.

Both men were treated for minor injuries after suffering cuts from the broken glass door. Neither required a trip to the hospital.

Quezada was also booked for being under the influence of narcotics, a misdemeanor. He faces felony charges for the burglary and assault.