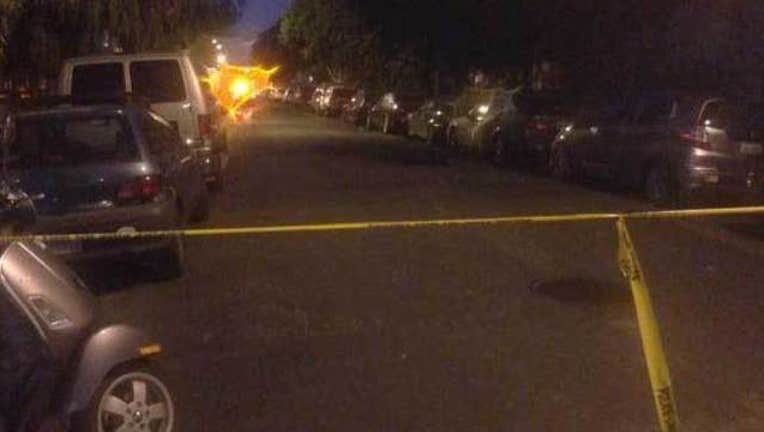 SAN FRANCISCO (KTVU) - Police have arrested two people in connection with an early morning botched armed robbery and are looking for a possible third suspect.

Officers say after the robbery one of the suspects shot himself in the leg by accident, which resulted in a trail of blood that started at the scene of the crime and trailed about a block down the street.

Around 3 a.m. Thursday police say two men approached another man on Valencia Street and 23rd. The victim says they pointed a semi-automatic machine gun in his face, demanded his wallet, cell phone and other personal items.

Police were on patrol in the area and saw the suspects running from the scene, they chased for about a block before apprehending the two men.

Police found the gun believed to be used in the robbery, dumped behind a fence nearby on Bartlett.

Luckily the victim was not harmed. The injured suspect is being treated at a nearby hospital.

Investigators believe there could be a third suspect involved, but are conducting interviews at this time.