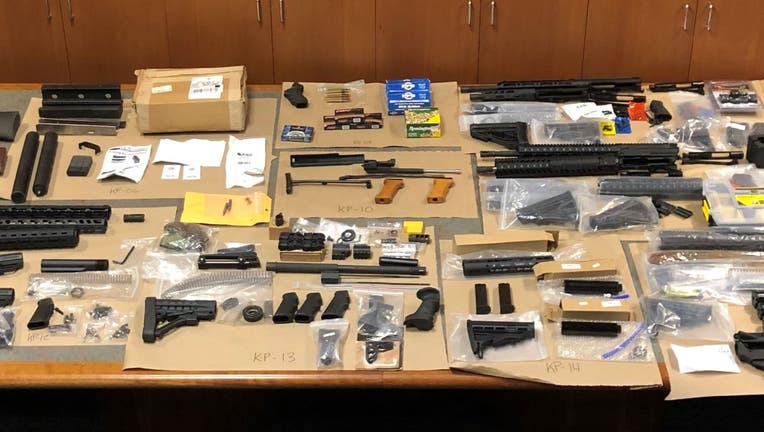 Josh Cargile was arrested Aug. 28 following an investigation spurred by a tip from the U.S. Department of Homeland Security, Rohnert Park police said in a statement. The tip, police said, was that U.S. Customs and Border Control agents had intercepted a package from China, addressed to Cargile, that allegedly contained equipment to build silencers that were disguised as automotive parts.

Cargile is a convicted felon on probation, after being arrested for being a felon in possession of a firearm.  A probation search of his Rohnert Park home turned up a silencer and other firearm parts that indicated the manufacture of illegal assault rifles was taking place, police said.

"We don't do these investigations very often," said Rohnert Park Police Deputy Chief Aaron Johnson. "The fortunate thing was we were able to get the tip from the Department of Homeland Security. It just shows that illegal gun parts do come into not only the state of California but also communities like RP disguised as something else."

Johnson said it wasn't known what Cargile's intentions were.

"I don't think there was a specific plan other than he had a lot of weapons and a lot of parts to make weapons," he said.

Cargile was booked into Sonoma County Jail Aug. 28 and remains there on $250,000 bail. He is being held on charges including possession of firearms by a convicted felon, possession of high capacity magazines, possession of short barreled rifle, probation violation, and manufacturing assault weapons.