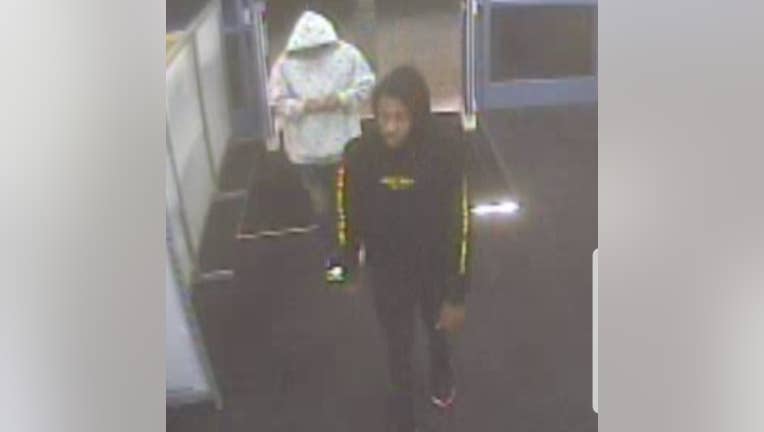 SAN BRUNO, Calif. - San Bruno police are searching for any clues to the identities of two suspects who stole laptops from a Best Buy store and used a stun gun on a security guard while fleeing on Sunday evening, police said.

Both suspects went to the store located at 1250 El Camino Real, where they were trying to leave with the laptops shortly before 8 p.m. As they approached the entrance with the merchandise, the security guard confronted them and attempted to stop them.

Police said one of the suspects possessed a handheld electronic stun device that he used to harm the guard. Then the pair was able to get away in a vehicle waiting outside.

Anyone with information about the robbery is asked to contact the San Bruno Police Department at (650) 616-7100 or sbpdtipline@sanbruno.ca.gov.