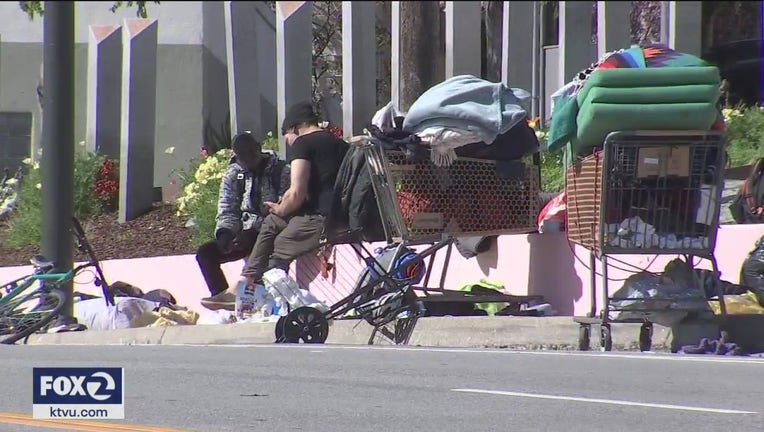 Homelessness is the number one concern for people living in San Francisco, according to a new study.

The ordinance requires companies with 500 or more employees to provide workers with paid sick leave if they must be quarantined, have COVID-19 symptoms, or are caring for children or someone who is sick.

According to Supervisor Gordon Mar, who introduced the ordinance, the legislation was needed in order to further protect essential workers and their families.

"We are only as healthy as our neighbor," Mar said. "And if they can't stay home when they need to, we are all worse off."

Mar has said Mayor London Breed is in support of the ordinance.

During the meeting, Supervisors Shamann Walton, Matt Haney, Hillary Ronen, and Dean Preston also introduced an emergency ordinance that would require the city to secure at least 8,250 private rooms for homeless people on the streets during the stay-at-home order by April 26.

Currently, the city is only offering hotel rooms to homeless people within the city's shelter system or those living in single room occupancy hotels, and homeless people who are either over 60 years old or have underlying health conditions, regardless if they're in the shelter system or on the streets. Some hotel rooms will also be used for frontline workers needing to isolate or quarantine, city officials have said.

"There are more than 40,000 vacant hotel rooms in San Francisco right now, and homeless service providers have told us that they are ready and willing to staff up these facilities immediately. But instead the city has doubled down on its backward policy of waiting for homeless individuals to become infected first before placing them in private hotel rooms," Ronen said.

During the meeting, supervisors also unanimously approved a resolution, calling on both the departments of public health and public works to increase the number of bathrooms and hand-washing stations throughout the city for homeless people in order to slow the spread of the virus.

The toilets will be available 24 hours a day and will be staffed and cleaned daily. The first five toilets are set to go up Wednesday in the Tenderloin, South of Market, Bayview Hunters Point, Castro and Mission neighborhoods, while the remaining 10 will be running by early next week.

Supervisors also unanimously passed a separate resolution declaring COVID-19 an extreme danger to the public in an effort to ensure that small businesses can claim insurance for business interruption.

According to Mar, who introduced the resolution, companies are denying coverage to small businesses by claiming that COVID-19 does not cause property damage or loss, which is required for a payout. However, that could change if the virus is declared an extreme danger because of its propensity to stick to surfaces and spread, he said.

The resolution also calls on California Insurance Commissioner Ricardo Lara to consider it a material misrepresentation for insurers to deny coverage because of claims the coronavirus doesn't cause property loss or damage.