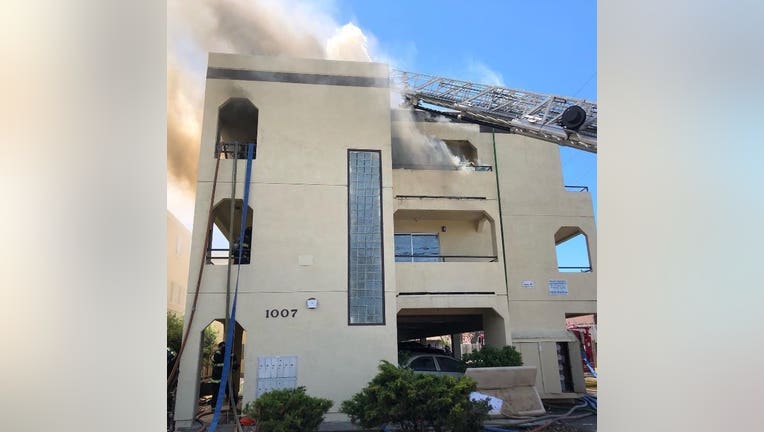 On Friday at 10:51 p.m., deputies with the Millbrae Police Bureau of the San Mateo County Sheriff's Office responded to an apartment building at 1007 Hemlock Ave. on a report of two subjects trespassing and possibly breaking things.

Investigators said the apartment building was vacant at the time due to previous fire damage.

Responding deputies noticed two small fires in the carport area of the building.

Firefighters responded to the scene as the fires started to spread.

Deputies evacuated an adjacent apartment building, and the fires were extinguished with minimal damage to the vacant building.

One suspect in the incident is described as an Asian male juvenile, about 5 feet 9 inches tall and wearing all black with a white mask.

A description of the second suspect was not available.