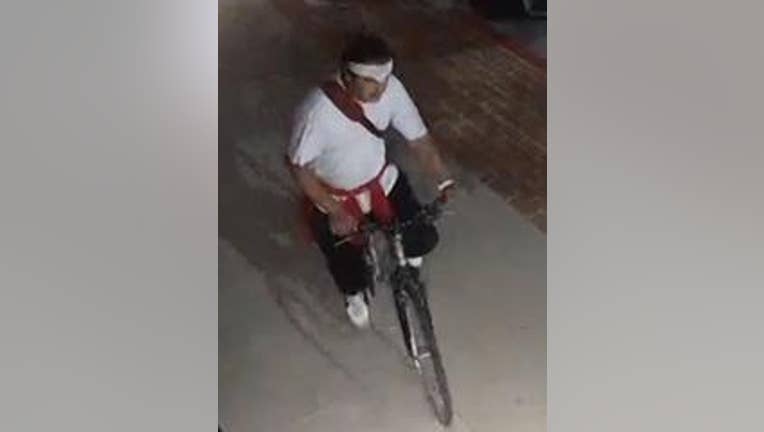 San Mateo Police Department have identified and arrested a rape suspect, after putting out calls to the public to check surveillance cameras for evidence.

SAN MATEO, Calif. - San Mateo Police Department have identified and arrested a rape suspect after putting out calls to the public to check surveillance cameras for evidence, officials said on Tuesday.

At a Tuesday news conference, police identified Alejandro Vanegas Guevara -- a 27-year-old transient with known ties to Redwood City -- as the suspect taken into custody for raping and beating a 62-year-old woman on the night of August 5 at 9th Avenue and El Camino Real.

San Mateo Police Department have identified and arrested a rape suspect, after putting out calls to the public to check surveillance cameras for evidence. A 27-year transient with ties to Redwood City was taken into custody on Tuesday. Meanwhile, the victim has suffered brain trauma and has a long road to recovery.

Police said this crime was particularly "brutal and violent" and that the case is "active and evolving."

Police said the victim, who is fighting for her life at a local trauma center, was assaulted at a bus stop after leaving work. They said she was a complete stranger to the suspect and faces a long road to recovery due to brain trauma. Her convalescence could take up to one year.

Police Chief Ed Barberini said the suspect was arrested Tuesday afternoon without incident. He will be booked into the San Mateo County Jail on charges including; forcible rape, assault with a deadly weapon and kidnapping for attempting to conceal her unconscious body.

Police acknowledged Guevara has previous arrests for sex crimes, but they did not provide further details.

Police said Guevara has no permanent address but couch-surfs among family members.

“I could not be more proud of our investigators," Lt. Todd Mefford said.

They also expressed gratitude for the numerous media outlets who put out the call to be on the lookout for the suspect and to members of the public who came through with surveillance videos.

On Friday, police put out a call for residents to check their surveillance cameras for a window of time when the incident happened Wednesday night. Over the weekend some leads came in and police shared both video and images of the suspect. They once again asked for help in identifying the man.

When police initially responded to the scene of the crime, they had recovered a red lifeguard sweatshirt he was wearing. They later recovered a silver bicycle covered in duct tape the suspect was said to be riding.

"I can see how it could happen, it's very dark around here," said a neighborhood resident who gave his name as John. "There are places where people can hide out, or maybe sleep, so I could see that."

San Mateo Police Officers' Association have set up a Gofundme and crime survivor fund for the victim, said to be the sole provider for her two young boys and 90-year-old mother.