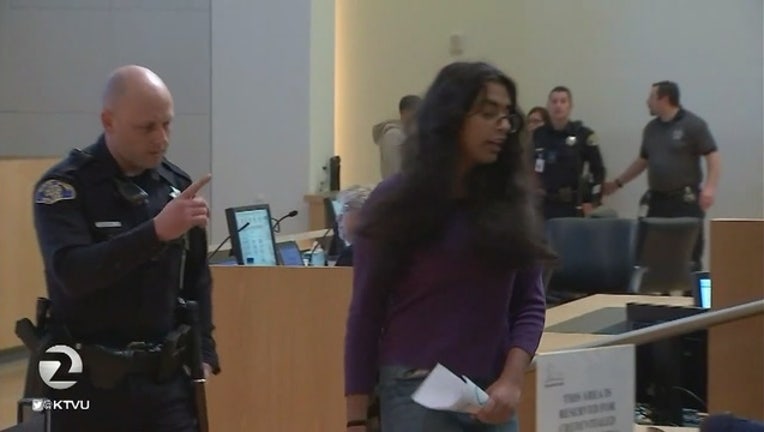 The Santa Clara County District Attorney will not prosecute a group of eight protesters arrested in December during a San Jose City Council meeting to decide whether to sell Google land for a proposed "mega-campus."

In a statement Friday, prosecutors said it is difficult to unanimously prove criminal charges against protesters beyond the standard of reasonable doubt.

"While we are declining to file criminal charges, we hope that those who have strong feelings about this issue express themselves using the democratic process of civil discourse - and not disruption," prosecutors said in a statement.

The group, called the "Google 8," was arrested toward the end of an 11-hour meeting on Dec. 4 when the City Council unanimously agreed to the $110 million land sale.

If charged with the misdemeanor of disrupting public assembly, they could have faced a maximum of six months in jail.

The group had been advocating on social media for the prosecutors to "drop the charges." Protester Sandy Perry said Friday he had not received any official notice that Rosen was not filing charges, and the group would go to court Monday to ensure they wouldn't be arrested again on bench warrants.

They had also organized a rally to take place one hour prior to the court date at the Santa Clara County Civic Center, but it's uncertain if it will still take place.

"It doesn't happen very much," he said, "[Prosecutors] don't want to do it unless it's something pretty substantial."

Because the meeting was able to continue after the protesters were removed from the council chambers, for example, their offense was not especially serious.

"Because of the free speech implications and often the underlying issues regarding the protest, it is always a sensitive subject to prosecute someone who is trying to get the attention of their elected leaders," she said.