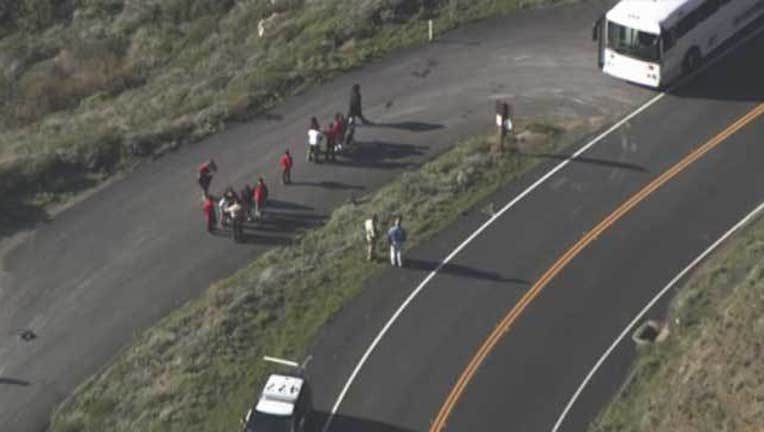 Initial reports on Twitter from the Marin County Sheriff's Office indicated the bus had jackknifed on the edge of a cliff.

Barclay said that tweet drew news helicopters to the scene.

The 35-foot bus actually got stuck about five or six feet away from a steep ravine, Barclay said.

"The bus was facing away from the cliff," Barclay said.

All 33 students from the Northern Light School and three adults who were on a field trip got off the bus safely, Barclay said.