The shooting happened in the area of 4th St and Mission St in the SoMa Disctrict.

SAN FRANCISCO - The San Francisco Police Department says the victim of a Wednesday afternoon South of Market shooting has died.

Police are investigating the incident that happened around 3:27 p.m. at the intersection of 4th and Mission Street.

According to SFPD, the victim was found at the scene suffering from one gunshot wound. The victim was transported to a hospital where they later died.

A suspect was taken into custody after police established a perimeter at a parking structure where he was last seen.

SFPD identified the suspect as Jose Alvarez, 23, on Thursday. Alvarez faces a felony murder charge as well as being a person prohibited of being in possession of a firearm, carrying a concealed firearm and carrying a loaded firearm. Alvarez also had a probation hold against him.

SkyFox flew over the scene and captured images of officers on the roof of Mission Garage, which is a complex right next to Westfield Mall.

SFPD said this case is active and ongoing. 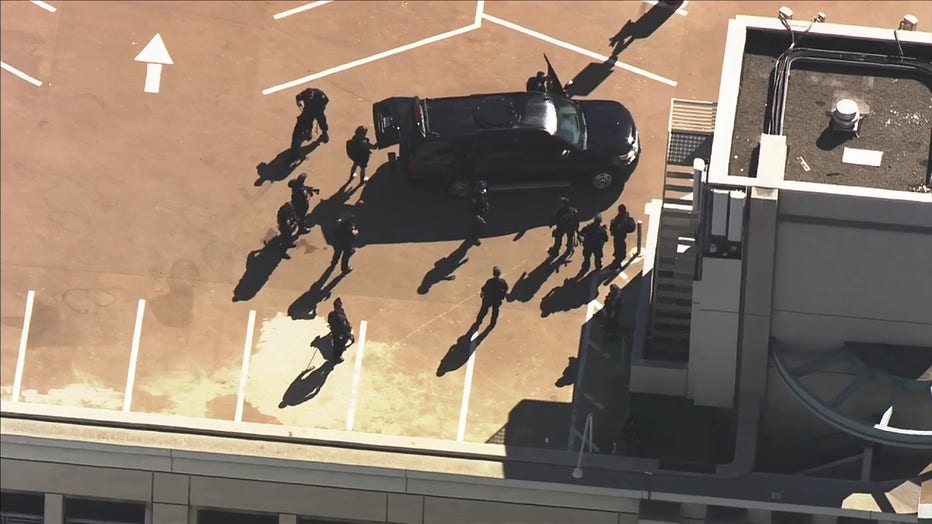 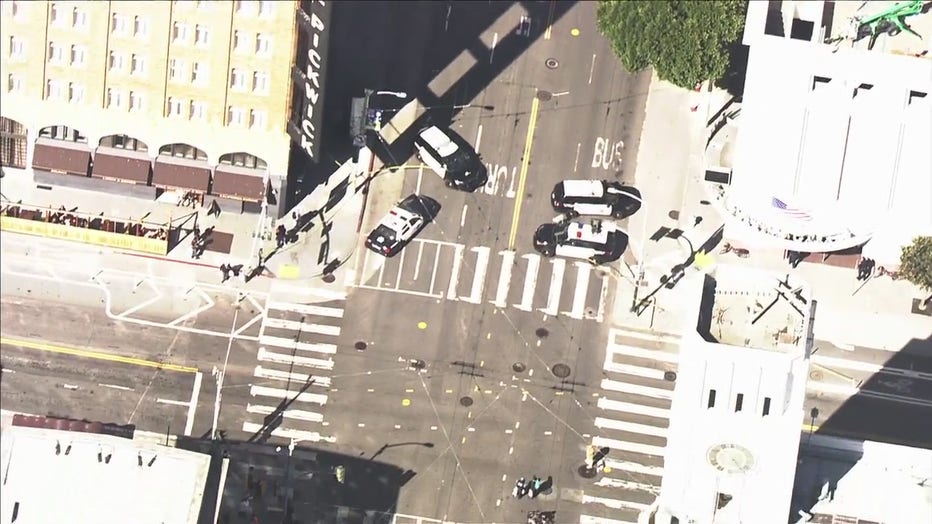