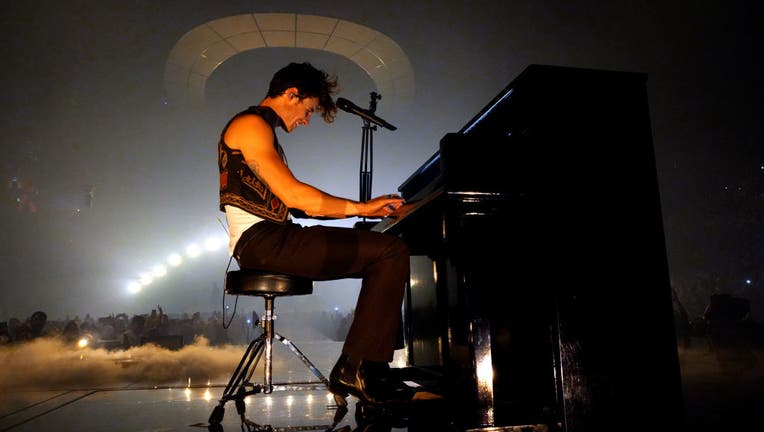 The "Señorita" singer said he would have to reschedule tour dates through at least Uncasville, Connecticut on July 29 because he’s reached a "breaking point."

"This breaks my heart" to delay the shows, he said in a post on his social media, but "I’ve been touring since I was 15 and to be honest it's always been difficult to be on the road away from friends and family."

He said after a few years away from touring he felt he was ready to go back on the road, but realized recently it was "premature and unfortunately the toll of the road and the pressure has caught up to me and Ive hit a breaking point."

He added that he decided to take some time to "heal and take care of myself, and my mental health first and foremost," after speaking with his team and health professionals.

Thousands of fans left supportive messages in the comments, including "Honey, I’m Good" singer Andy Grammer, who wrote on his Instagram "Love you man- proud of you for doing what you need."

Grammer recently admitted in an interview his mental health suffered during the coronavirus pandemic.

"I went down real hard and got into therapy, and that’s what brought me around," he told the Cincinnati Enquirer. "I wasn’t super positive. I broke down pretty hard."

Mendes, 23, has been candid about his struggles before, telling fans on Twitter in April that when he’s "feeling low" and concerned about what people might think of the real him "I either put on a show or hide."

He added that he’s a "23 year old who constantly feels like he’s either flying or drowning."

"The truth is even with so much success I still find it hard to feel like I’m not failing," but he reassured fans he’s "okay" and was just hoping his thoughts would "resonate" with some people.

And over the holidays last year in late December, the singer posted a video to fans on his Instagram, saying he was having a "hard time with social media at the moment" but thanked listeners for connecting to his new song "It’ll be Okay," which came out after he broke up with fellow singer Camila Cabello.

"I just feel so proud of that song and I'm so grateful you guys are connecting with it, and I feel so grateful that people are being vulnerable with it and people are just having fun with it," he added.

Mendes’ "Wonder" tour kicked off in Portland, Oregon on June 27 and was to continue through October in the U.S. and then globally through next summer.

The first affected concert is the St. Paul, Minnesota show on Saturday night.