DUBLIN, Calif. - The Alameda County Sheriff is asking the Board of Supervisors for $85 million to pay for an additional 263 full-time employees to work at Santa Rita Jail in a move they say will help expand programs, increase suicide watches and give inmates more time out of their cells.

And while criminal justice reform activists have long been calling for these improvements, many are now questioning the dollar amount and the timing of such a request.

“I am very upset,” said Kara Janssen, an attorney at Rosen, Bien, Galvan and Grunfeld, whose firm sued the sheriff in December 2018 over the mental health care of inmates at Santa Rita. “We do support more care and staff. But this wasn’t the way to do it. I have no idea where they came up with their figures. This just looks like a money grab during the height of a global pandemic.”

Jose Bernal, senior organizer with the Ella Baker Center for Human Rights in Oakland, a vocal critic of the sheriff, asked this aloud: If inmates are reclassified as lower-level offenders and if hundreds of inmates have been released because of the coronavirus, why would you need to hire more deputies now?

Deputy who sued Toronto Raptors had criminal past

As of this week, the jail population was down to 2,217 inmates -- roughly 400 less than the week before, as the sheriff is moving to release inmates early to ward off coronavirus spreading in the jail.

Bernal also said the $85 million could be much better spent.

“That money is desperately needed,” he said. “It could be spent on housing, helping with rent, jobs. In the middle of a coronavirus crisis, why would you add more deputies at Santa Rita? This is really going to piss people off.”

“We are in the middle of dealing with Covid19 pandemic,” Kelly said in an email. “This agenda item was pushed down the calendar by the board. We can address this at a more appropriate time. Our focus is on public health and safety.”

But the financial request, signed by Sheriff Greg Ahern and Healthcare Services Agency Director Colleen Chawla, was put on the supervisors’ agenda in the middle of the pandemic, as a last-minute addition on March 24.

The matter was tabled until this Tuesday, when it will be revisited for a second time.

In the past, the sheriff’s office has repeatedly said that the department needs more money, mostly to grapple with the rising number of inmates who need mental health care. And experts on both sides also agree the jail is understaffed.

KTVU requested comment from all five supervisors on Ahern’s proposal: $85 million a year to hire 216 sworn deputies and 47 non-sworn employees over the next three years. The sheriff said the money would also go to provide private areas for mental health visits, reconfigure safety cells where suicidal inmates are placed and modify recreational spaces.

In an email, his legislative aide said that on Monday, Valle will tour Santa Rita and hold a conference call with command staff and other organizations regarding the coronavirus outbreak.

Valle’s office did not answer questions about whether he supports spending more money on deputies at the jail.

In addition to deputies, Ahern wants the Alameda County Health Care Services Agency and the Behavioral Health department to hire 107 more employees to also help out at the jail.

Ahern and his budget have been the target of critics for nearly two years.

After much urging from civil rights organizations and local politicians, last month, the California state auditor agreed to closely examine how the sheriff’s office is spending money and running the jails. The sheriff’s budget has grown by $144 million in the last decade. This year, the budget is just over $440 million.

At the same time, Santa Rita has the highest jail death rate in the region, with nearly 50 inmates dying there since 2014, according to an unprecedented analysis of autopsies obtained through a public records request. At least 80 percent of those inmates committed suicide while also being kept in some form of isolation, a KTVU investigation revealed.

These mental health issues are at the heart of Janssen’s federal class action lawsuit against the sheriff’s office, which cited pending litigation as one of the key reasons the extra deputies and money were needed.

In response to Janssen’s suit, the sheriff's office has recently agreed to look at how it reclassifies inmates and hire a suicide prevention expert, both items that will indeed take more resources. 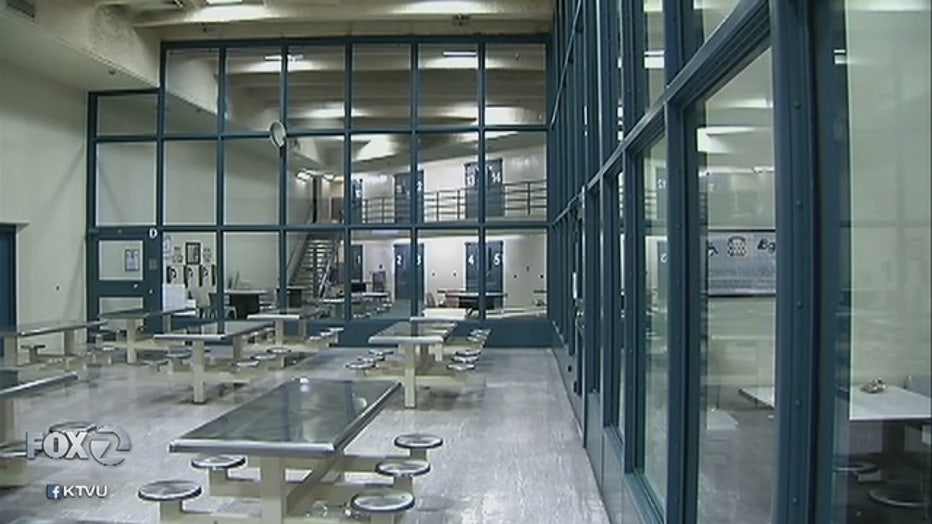 As part of their legal negotiations so that the two parties don't wind up in trial, Janssen said that her firm and the sheriff’s team are currently waiting for an independent staffing assessment to be completed at the jail.

Both she and the sheriff agree that Santa Rita is understaffed, but the specific data has not yet been assessed. She said that report might be made public in June.

“Why on earth would you make a request with no basis for the numbers, is beyond me,” she said. “All the evidence now is anecdotal and individual observations.”

She and others said they assumed that many of the positions at the jail might also be filled with non-sworn, civilian positions. Or that jail employees might be shifted around, so that there isn’t the need for all new hires.

“They’ll never fill all those deputy slots and then they’ll just have the money,” Jansssen said. “We want a more tailored ask.”