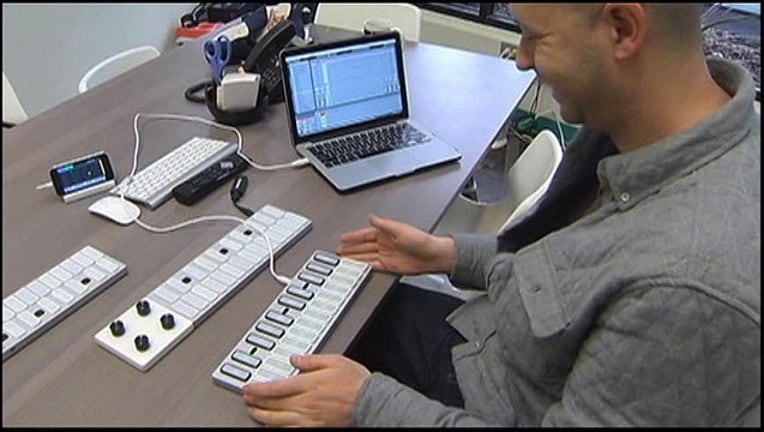 SAN JOSE (KTVU) -- A Silicon Valley man has found what may be the perfect way to combine his love for technology with his love for music.

Idan Beck laughs often as he plays with his newest invention called Keys. It's a compact keyboard that works with your smartphone. He admits there's quite a bit of competition for a device like that but says his invention offers something no-one else's product does.

"This is a far as we know the first truly modular mini controller where you can kind of connect them like Lego Blocks" the 29-year-old explains.

That means you can buy more than one and just connect them for a bigger keyboard. It's also really compact and that allows users to throw into a backpack and take your music with you.

Beck was born in Tel-Aviv but grew up in Silicon Valley and very early on discovered a love for software and a love for music. He is now the founder of Bay Area based Opho.

"Kind of like gramophone saxophone, ophone, opho," Beck says, "I technically started the company in my garage in Cupertino I know of a couple of other companies that done that,"

His first invention was a software driven guitar called the Gtar but he says he has since learned a lot of lessons from that product that led him to keys.

The keyboard lights up and has proximity sensors. It also uses magnets to hold the devices together but "they are communicating through optics through the plastic itself so it's real time it requires zero configuration."

He says Keys is designed for the novice but "it's also super configurable for the professional."

The device is 99 dollars and officially launched this month.