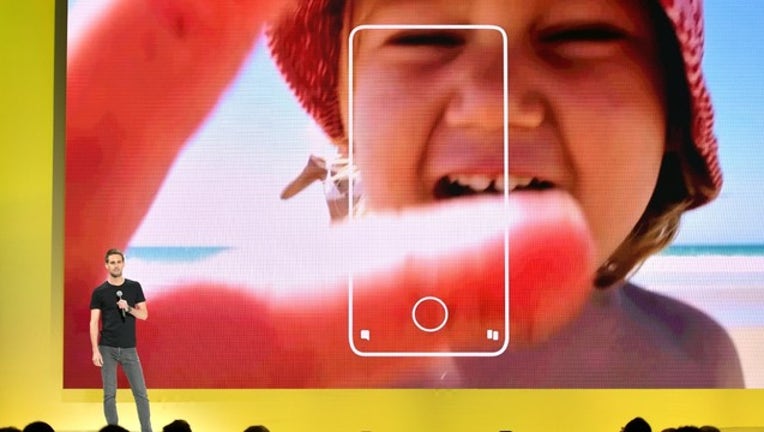 Snap Inc. Co-Founder and CEO Evan Spiegel talks about the future of the Snapchat camera at the Snap Partner Summit at The Lot Studios on April 04, 2019 in West Hollywood, California. (Photo: Neilson Barnard/Getty Images for Snap Inc.)

SAN FRANCISCO (AP) - Snapchat announced its entry into the online-gaming arena Thursday with a new service named Snap Games that lets people play together on its mobile platform. The service launched with six titles that can be launched from the chat bar. The company says it wants to make it easier for friends to play together.

Snap Inc. also unveiled at its Partner Summit event new products to help companies advertise on its service, including Snapchat Ad Kit and Snapchat Audience Network. The tools let businesses send ads both to Snapchat users and people who don't use the service, within other apps. The setup is similar to what Facebook does with its own ad service.

In addition, Snapchat launched original shows that can only be watched on its service, including "Can't Talk Now," which follows a group of high school kids with the story told through their phones.

Snap joins Google and Apple in launching a gaming platform in the hopes of attracting new users - or at least keeping existing ones coming back instead of leaving for the wildly popular Fortnite game.

Snap has been struggling with declining user numbers and stiff competition from Facebook's Instagram. It had 186 million daily active users in the last quarter of 2018, compared with 187 million in the third quarter.