SAN FRANCISCO - The Bay Area Air Quality Management District, BAAQMD, has extended its ongoing Spare the Air alerts through Friday as the wildfires in Napa and Sonoma counties continued to rage. 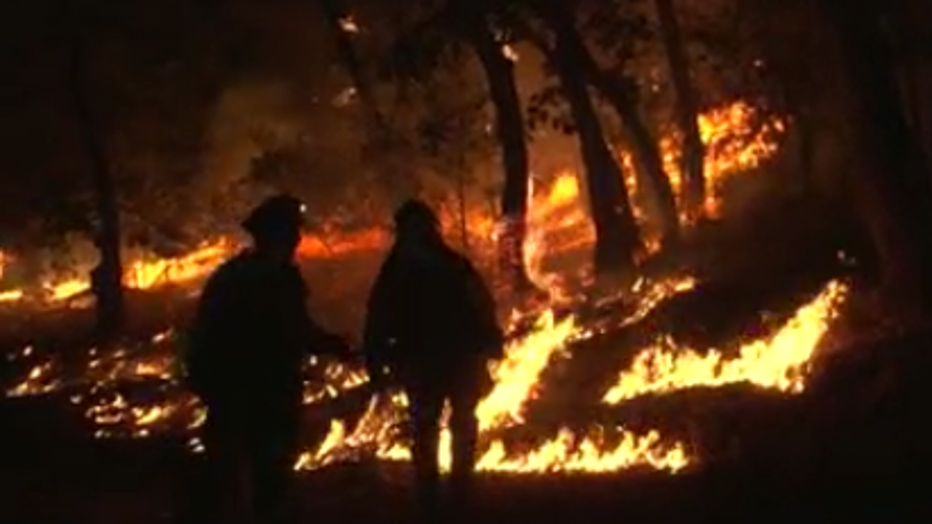 The Glass Fire in Napa and Sonoma Counties had consumed 36,236 acres with zero containment as of Tuesday, Sept. 29, 2020.

The Glass Fire, which began early Sunday morning in Napa Valley, had consumed 36,236 acres in the North Bay as of 10:25 a.m. Tuesday, with zero containment on the flames, according to Cal Fire.

"Smoke from the Glass Fire will continue to impact the region throughout the week," said Jack Broadbent, executive officer of the air district. "Residents should monitor air quality closely and avoid exposure if smoke reaches unhealthy levels."

Residents were advised to stay inside with windows and doors closed, or visit a cooling center if inside temperatures become too hot. 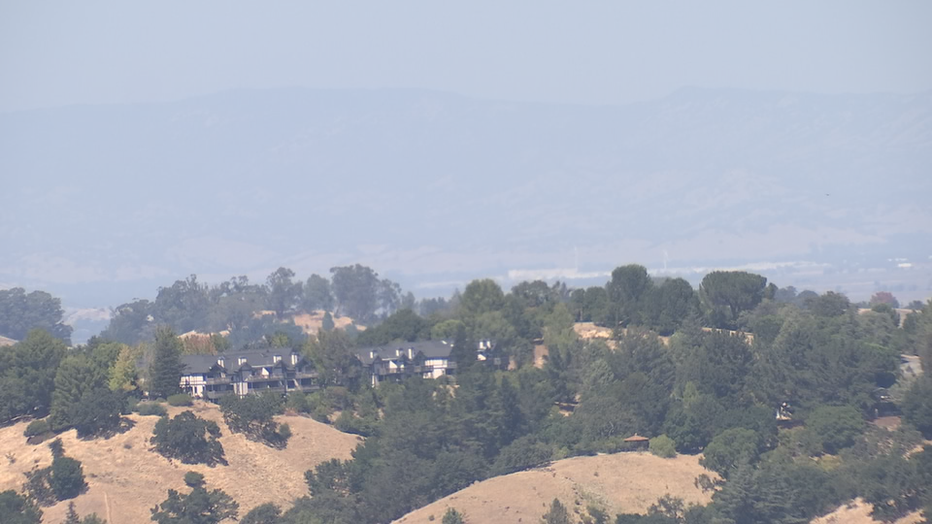 Spare the Air alert has been issued in the Bay Area through Friday, Oct. 2.

BAAQMD has set up an air quality forecast which showed unhealthy air in the Northern Zone and categorized all other regions as having unhealthy air for sensitive groups.

But officials warned, on Wednesday, it will be a vastly different story for the rest of the region. "It is going to deteriorate significantly," said air district spokeswoman Kristine Roselius. 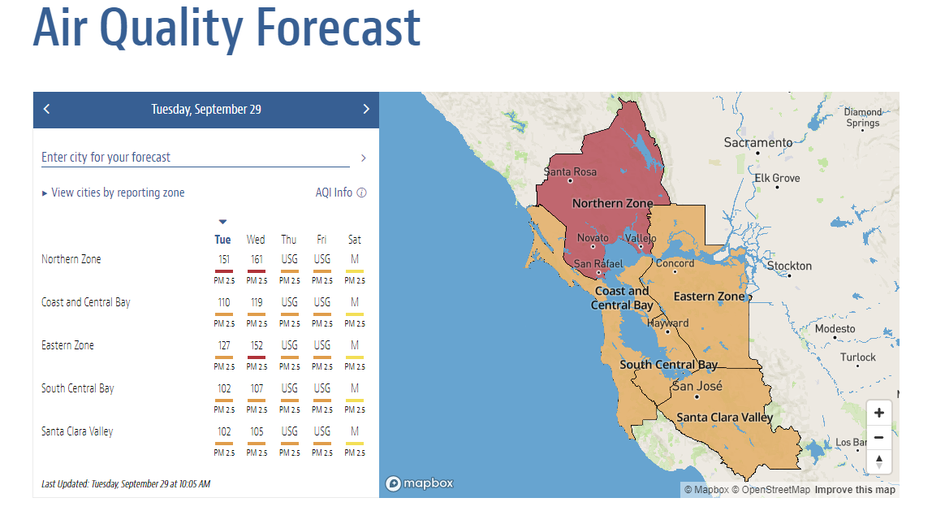 The forecast showed Wednesday through Friday the entire region would experience unhealthy air for sensitive groups. By Saturday, moderate air quality was expected to return to the Bay Area.

The district's forecast was being updated frequently, as officials stressed the unpredictable nature of wildfires could change the air quality at any given time.

Compare that to last year when there were 10 total alerts from mid-August to early-October. In 2018, there were seven during that same period.

The district pointed to a new resource that residents can use to monitor the air. The U.S. Environmental Protection Agency has created a Fire and Smoke Map that offered information specific to regions, using highly accurate monitors from multiple sources. In addition, some new sensors have been temporarily placed near areas where fires have broken out.

The map was part of a pilot project, that's using additional low-cost sensors to bring more localized information. "While these sensors don’t meet the rigorous standards required for regulatory monitors, they can help you get a picture of air quality nearest you especially when wildfire smoke is in your area," the EPA said, adding the tool is intended to help people make decisions to protect their health during fires.

The air district reminded residents that smoke and ozone pollution can cause respiratory issues, chest pain, and reduce lung capacity in the long-term. High level of fine particles from pollutants can especially put children, seniors, and those with heart and respiratory conditions at increased risk. Those populations were urged to take extra precautions to avoid exposure to the unhealthy air.