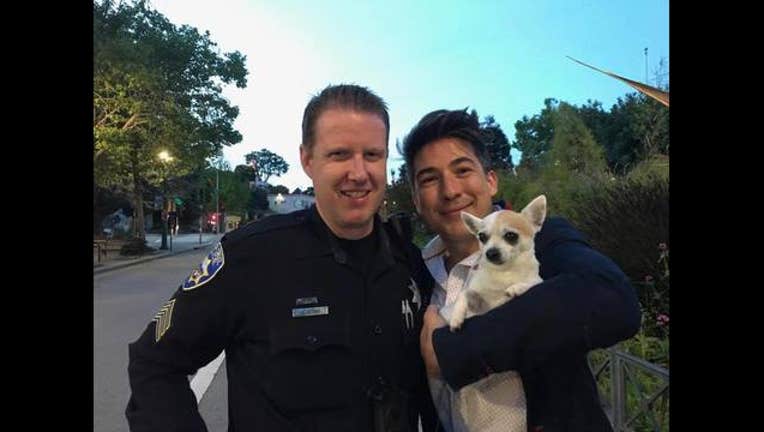 SANTA CRUZ (BCN) - A dog that was stolen from its owner's office on Friday was returned safely hours after Santa Cruz police posted the story to its Facebook page on Tuesday, police said.

According to Santa Cruz police, the dog, a Chihuahua named Apple, was stolen from a downtown office a few days ago, police said Tuesday.

Police said the dog's owner was posting missing photos of the 9-year-old white Chihuahua around the downtown area Friday, believing he had run away from the office, when he viewed surveillance video from a nearby business of Apple being taken out of their office at about 2 p.m.

Police said the suspect is a woman with a lean body type, long reddish-brown hair and tattoos on her neck and chest area.