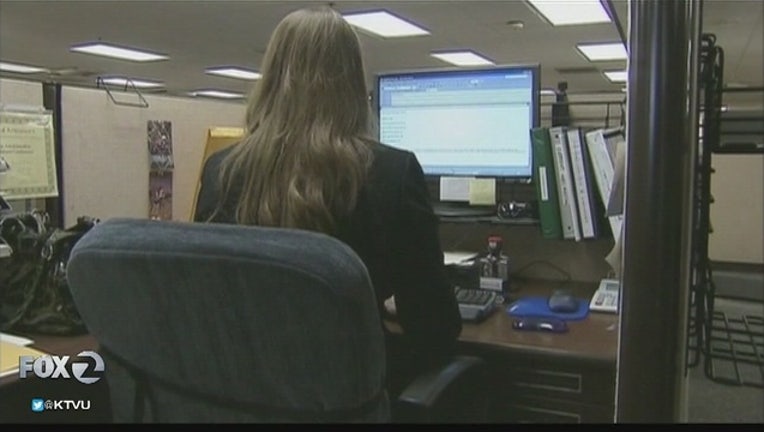 LOS ANGELES (KTVU) - Efforts to equal the paying field for men and women in the workplace vary from state to state. And while California is among the states that have made greater strides than others toward equal pay protections, a new study says women here are still underpaid and notably underrepresented in positions of influence.

The Center for the Advancement of Women at Mount Saint Mary's University in Los Angeles looked at obstacles and biases that led to gender inequities in California in its 2018 Report on the Status of Women and Girls in California.

Researchers say across the workforce, women are generally still underpaid for the same job their male counterparts are doing, and the lower earnings mean there is less opportunity for women to accrue assets and savings compared to men.

Figures show women make 88 cents for every dollar men earn, and among women of color the discrepancy is more glaring.

Women account for 21% of the workforce in tech and 15% of engineering jobs, according to the study.

"If we want to enable more women to pursue positions of influence in these fields, it starts with their education," the study said.

When looking at the wider workforce, the study also found women still lack access to positions of influence.

Researchers say California leads the country in the number of women-owned businesses (1.55 million), with those businesses generating almost $226 billion in revenue. But women only account for 27% of top executives in California companies, and among the state's top 400 publicly traded companies only 4% have a female CEO, the study found.

Another area of the study's focus was what happens when a woman takes a "break" from her job to take on the primary role of caring for her children.

The study noted that the peak years for childbearing and childcare (ages 25-34) typically coincide with the critical years for professional development and growth.

At the point a woman takes that pause to stay home with her kids, the pay gap immediately widens, and then it just continues to grow, researchers said. And upon re-entering the workforce, it is difficult for women to make up the difference in pay.

"The many women who attempt to balance the responsibilities of motherhood with the demands of a career often do so without the critical infrastructure needed to ensure their success in both areas," researchers said.

Across the earnings spectrum the figures are grim: 5% of women who work full-time and 52% of those in part-time positions have earnings below the federal poverty level.

Figures also found more than 800,000 households in California are headed by single-mothers, and of those, 38% live in poverty.

Researchers say it's important to note that these inequities go beyond their impact on women and their families.

"California's communities and economies suffer, too, when half of the workforce is not achieving its full economic potential due to pay, wealth and policy inequities," said Emerald Archer, PhD, director of the Center and the Report's editor in chief.