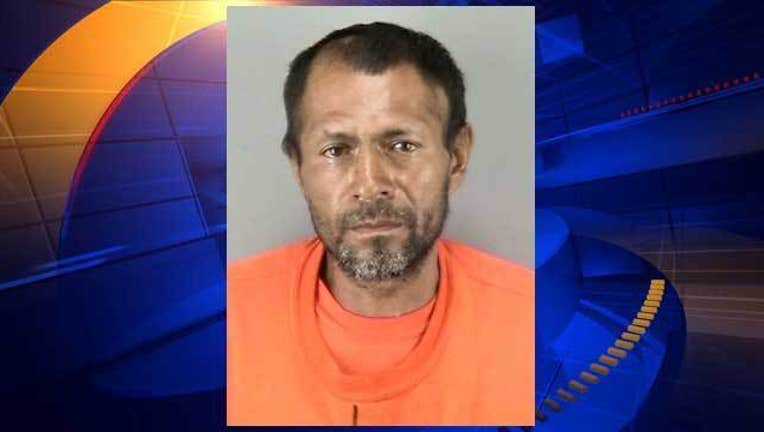 SAN FRANCISCO (KTVU) - The man accused in the shooting death of a woman on Pier 14 in San Francisco had been deported five times and has seven felony convictions, a federal agency said on Friday.

Francisco Sanchez is in the San Francisco County Jail on homicide charges for the death of 32-year-old Kate Steinle. Police said the shooting appeared to be random.

Immigration and Customs Enforcement Press Secretary Gillian Christensen said Sanchez had been previously deported five times, most recently in 2009. His criminal history includes seven prior felony convictions, four involving narcotics charges and three for illegal re-entry, and minor offenses that date back to 1991.

Christensen said the latest encounter with Sanchez occurred in March when he was remanded to ICE’s custody after serving a multi-year federal prison sentence for felony re-entry after deportation. He was turned over to local authorities in San Francisco for an outstanding drug warrant.

Part of a statement reads:

“DHS records indicate ICE lodged an immigration detainer on the subject at that time, requesting notification prior to his release so ICE officers could make arrangements to take custody. The detainer was not honored.”

The San Francisco Sheriff’s Department said Sanchez was booked in county jail for the drug-related warrant, but a judge dismissed the marijuana charge the next day.

The statement goes on to say:

Despite the detainer, the department said Sanchez had no active warrant from ICE and there was not a judicial order of removal for him. The department’s policy is to not notify ICE of a person’s release if they do not have any active warrants and they will not change the policy in light of this incident.

The department offered their condolences to the family and friend of Steinle.

Sanchez remains in the San Francisco County Jail and charges against him could come as early as Monday.