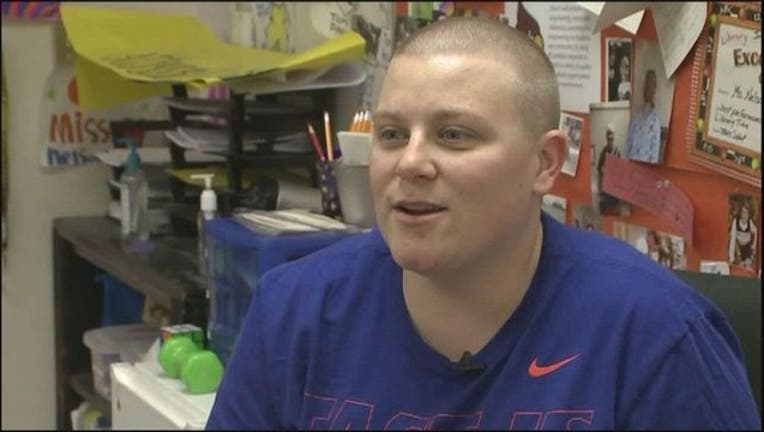 WINLOCK, Wa. (WTXF) -- A Washington State teacher, went above and beyond to turn a bad day around for one of her students.

On Monday, a 9-year-old boy named Matthew came into Tori Nelson's class extremely upset. Apparently an older student had made a comment about his new haircut as soon as he got to school that day.

Nelson told KCPQ that the comment "crushed" Matthew, and he then refused to remove his hat in the classroom.

So, Nelson made a deal with the boy. A deal he won't soon forget.

"After talking to him for a while, I finally said, 'If I let you cut my hair so it's just like yours, will you come learn with us, and take your hat off? '"

After brief hesitation, Matthew agreed. He would shave Ms. Nelson's head, making her his "twin."

Ms. Nelson assure Matthew, "Now if anyone makes fun of you, they're also making fun of me.

Matthew became the talk of the classroom. This time it was for Ms. Nelson's haircut.

"Our motto here is 'Be the Difference,' and so I'm just trying to live up to that," Nelson said.

Ms. Nelson took to Facebook to talk about the experience:

"He cut my hair after lunch and now no one is ashamed or embarrassed… except maybe my mom. I'm sorry mom!!"