North Carolina Highway Patrol said a Tesla on autopilot crashed into a deputy's car on Aug. 26.

A North Carolina doctor’s Tesla operating on Autopilot crashed into a police car early Wednesday morning as he was watching a movie on his cellphone.

The North Carolina State Highway Patrol said the Model S sedan driven by Devainder Goli smashed into a Nash County Sheriff’s Office deputy’s vehicle that had stopped to assist a Highway Patrol trooper responding to an accident on U.S. 64 about 13 miles outside of Nashville, N.C. 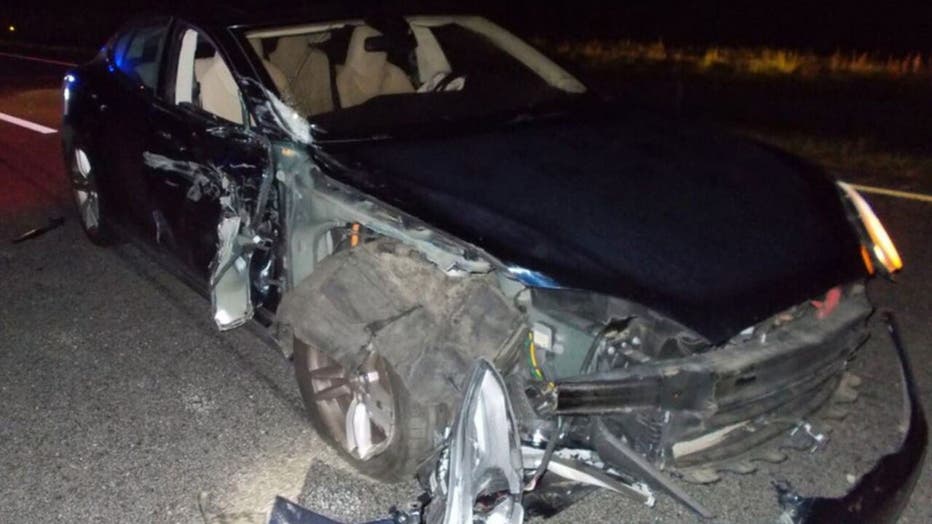 Police said the driver told them he was watching a movie. ​(North Carolina Highway Patrol)

Both the Tesla and Dodge Charger patrol car were severely damaged and the Charger bumped into the trooper's car, which knocked both him and the deputy to the ground, but no one suffered serious injuries in the incident, CBS 17 Raleigh reported. 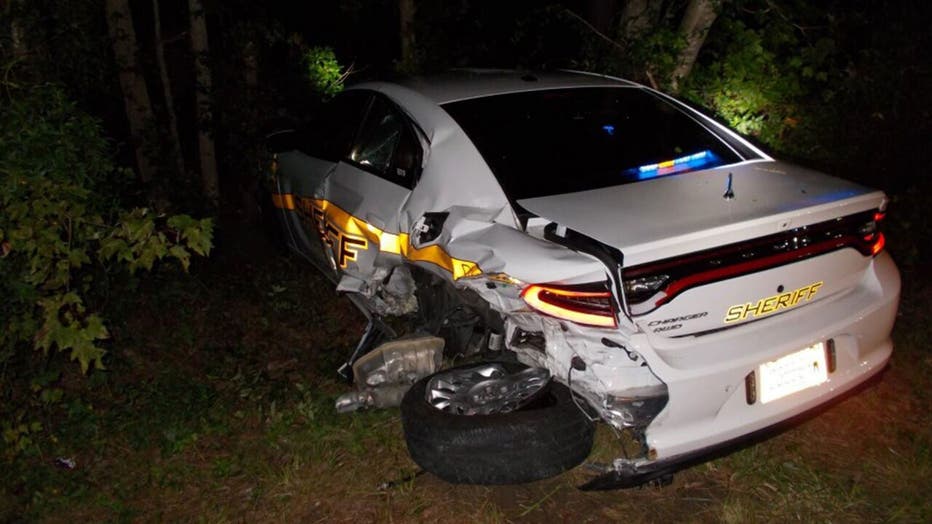 Both the Tesla and Dodge Charger patrol car were severely damaged and the Charger bumped into the trooper's car. ​(North Carolina Highway Patrol)

Tesla’s Autopilot and “Full Self-Driving” systems have the capability to steer a car within a lane and avoid some obstacles, but require the driver to show they are attentive by touching the steering wheel.

In March, a Tesla owner in Cabarrus County, N.C., credited the feature with avoiding another car that was driving the wrong way down a highway toward him.

Misuse of the feature has been connected to several fatal accidents, and the National Transportation Safety Board has criticized both its design and the federal regulations concerning such systems.

“It shows automation is never going to take the place of the motoring public paying attention, not texting, not being on the phone, but focusing on what you were doing, that is, driving,” Nash County Sheriff Keith Stone told CBS 17.

Goli was charged with violations of the state’s “Move Over” law, which requires drivers to give space to emergency vehicles, and rules concerning the location of a television in a vehicle.