On this week of "The Masked Singer," the Baby made a shocking reveal and showed you can certainly "Git-r-done" with the right fake accent and ambiguous clues to throw the judges off your trail.

LOS ANGELES - This week’s "The Masked Singer" reveal will certainly leave you crying, not out of sadness but because the celebrity behind the Baby costume is a hoot and a half.

The Baby belted out some major notes during their performance of "The Flintstones" theme song. A fitting selection considering the performer hiding beneath the baby bonnet.

Sadly, the Baby was sent back to his crib. Fortunately, there was no temper tantrum after none other than the legendary comedian, Larry the Cable Guy was revealed as the masked singer.

"This show has crushed every dream I’ve ever had," Larry said following his elimination. "I thought I sand good, ‘Hey, I’m going well out here,’ and the next thing you know," after which the comedian blows a raspberry to announce his ultimate defeat. 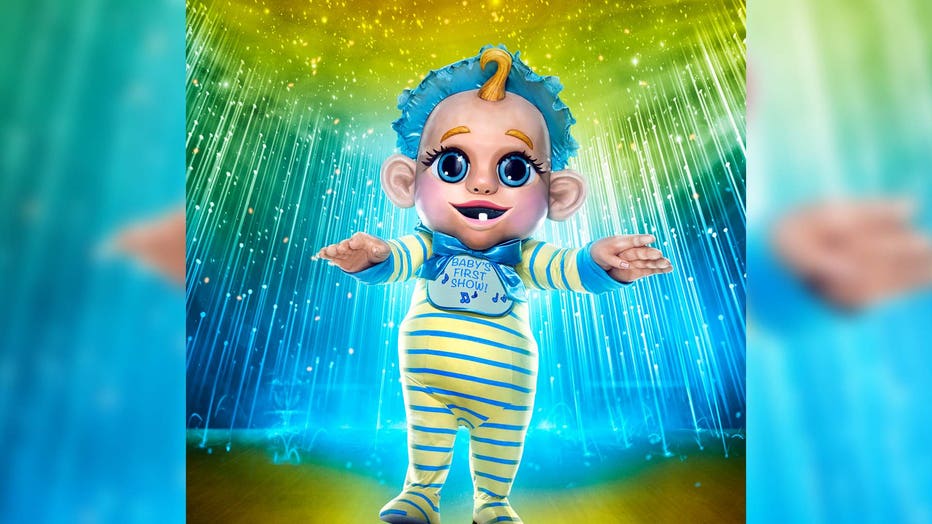 "I wouldn’t be surprised if you see me on the street corner somewhere begging for some kind of money and it’s all because of this show," Larry added.

While the cable guy is unable to mask his disappointment, he was able to admit the show was a blast.

"It is a fun show," he said. "I’ve never done anything like this before. I’ve never sang in front of anybody before. I mean, I can tell jokes in front of 8,000 people, no sweat, but I can’t karaoke in front of five."

RELATED: ‘The Masked Singer’: The octopus gets chopped-opus in exciting premiere

He even had to refrain himself from saying his signature catchphrase: "Git-r-done."

"Let’s face facts, they were stunned that I was that awesome at singing songs," Larry said. "Who am I kidding. That’s why I fooled them, because I’m freaking awesome!"

After performing on "The Masked Singer," Larry the Cable Guy learned two things: never put on a hot baby suit while eating chili the night before and the second thing is, "Don’t put extra cheese on that chili."

Larry announced on Twitter that his next endeavor following his singing debut would be Riverdance.

Watch all-new episodes of "The Masked Singer" on FOX Wednesdays from 8-9 p.m. ET/PT.