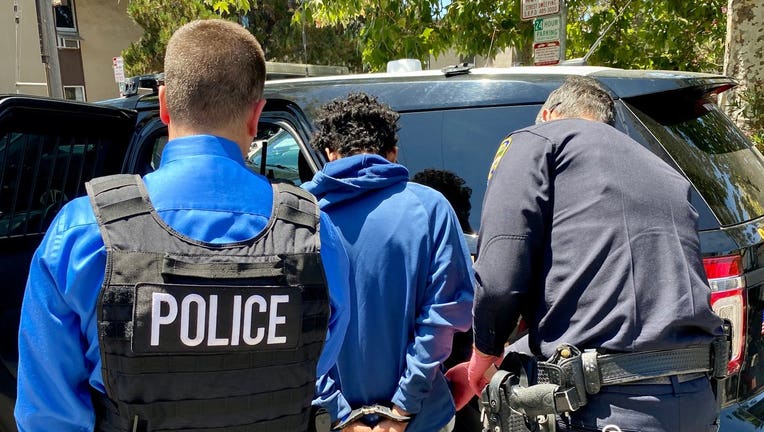 SAN RAFAEL, Calif. - Three men were arrested following a shooting in San Rafael on Thursday morning that left one person injured, according to police.

Officers responded and found a victim had been shot in the back. The person was conscious and taken to a hospital for treatment, police said.

Investigators determined the victim and another person were walking on Novato Street when two suspects confronted them and one pulled out a handgun.

The suspects chased the pair and the suspect with the gun then called out the victim's name and fired two rounds from the weapon, hitting the victim and missing the other person, according to police.

The suspects fled and hid in an apartment whose resident allegedly helped them in trying to conceal evidence.

San Rafael police learned of the suspects' location and, with the help of Marin County sheriff's deputies, surrounded the apartment building and contacted the suspects, who eventually all came out and were arrested without further incident, police said.